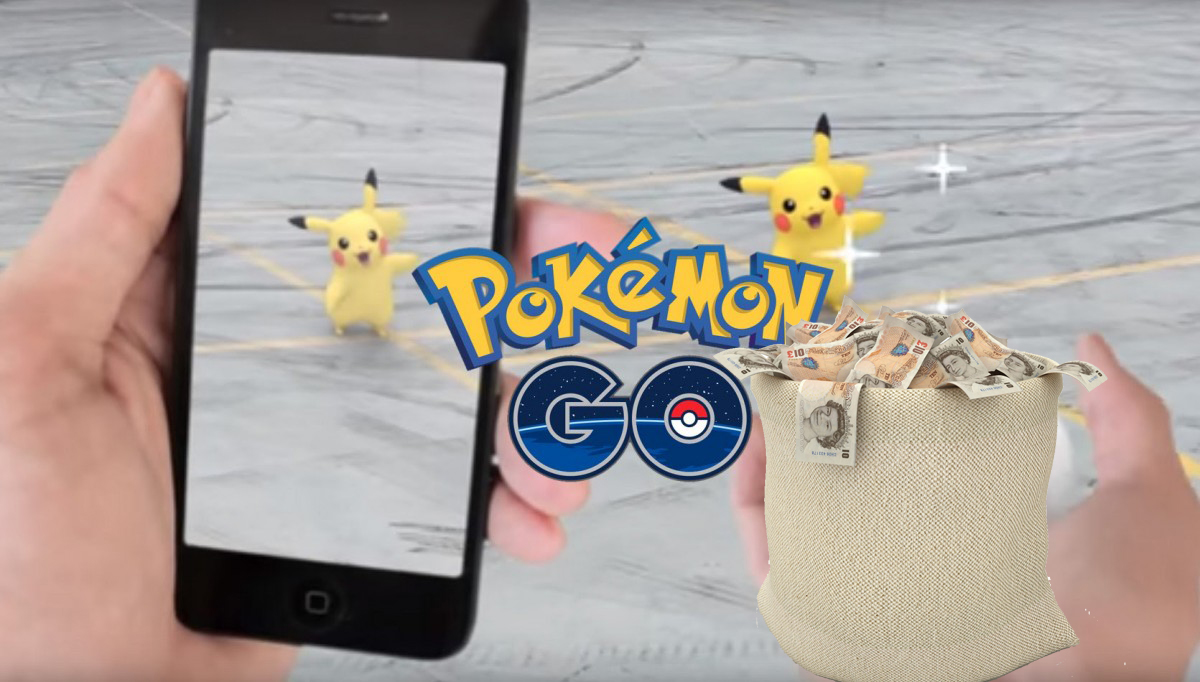 A poll by online lottery site Lottoland reveals UK Pokémon Go players are willing to blow money on the free game, to be the very best.

Pokémon Go celebrated a massive milestone recently having reported over 100 million downloads on the Google Play Store. That’s a lot of players with cash in their accounts to potentially spend on the game’s microtransactions. According to the poll ran by Lottoland, UK Pokémon Go players spend on average £40 to purchase pokécoins, to then purchase desired items.

Items such as: lure modules, lucky eggs and egg incubators. These items in particularly contribute massively to levelling up and gaining extremely rare Pokémon.

The poll worrying also revealed players are also willing to buy Pokémon given the chance. We’re guessing these players would probably join Team Rocket if it was an option once you hit level five. More than half (63%) of the 2,000 poll participants have admitted to this, undeterred of spending up to £150 for mythic/legendary Pokémon like Mewtwo, Moltres and Dragonite.

Non mythic or legendary Pokémon, Dragonite is available in the wild and can be obtained through evolution. Making it quite worrying how players are willing to spend so much to get ahead. Only 14% of participants said they have not spent any money on Pokémon Go.

The top three spenders of the game come from London (£57), the south-west (£45) and Wales (£44). Before looking at the figures, you’d probably think it’d be ludicrous for people to spend so much on a basic game. The social aspect of Pokémon Go was unexpected and could be a huge motivation for players to spend so much.

“If a group of competitive friends or co-workers are all vying to reach a certain level or catch a particular Pokémon before anyone else, then investing a little money here and there in order to boost your chances of winning doesn’t seem like such a big deal,” said a Lottoland spokesman.

“Just as with any money spending venture, though, people should be sure to set themselves a budget to avoid debt or financial difficulty further down the line. No game is worth jeopardising your bank balance for!”

Having said that 21% would spend £200 for a rare Pokémon. According to recent research Pokémon Go has already raked in $200 million globally, beating Candy Crush.

Be wary fellow trainers, you won’t want to end up like this guy.