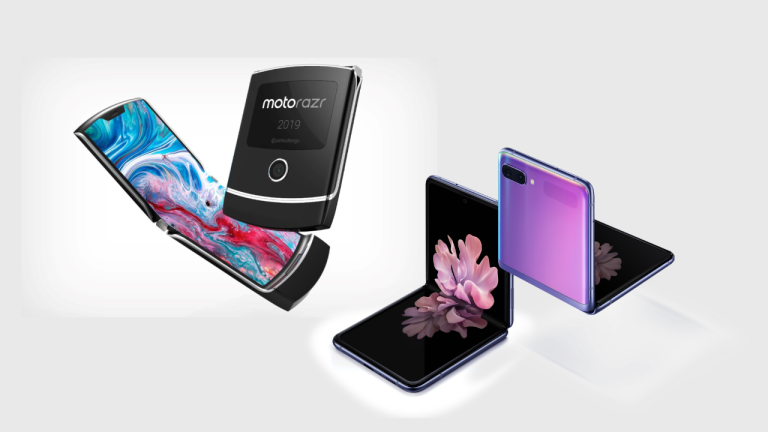 If you are one of those big fans of the foldable phones, February should have been a very happy month for you. As the leading tech companies started developing foldable phones, the concept became even more popular and realistic. Two new foldable Smartphones were released in February, both of them offering exceptional features.

With a similar design, Motorola Razr stands to be one of the strongest competitors of the phone. Motorola’s foldable phone was also recently released, and it will cost you $1,499. 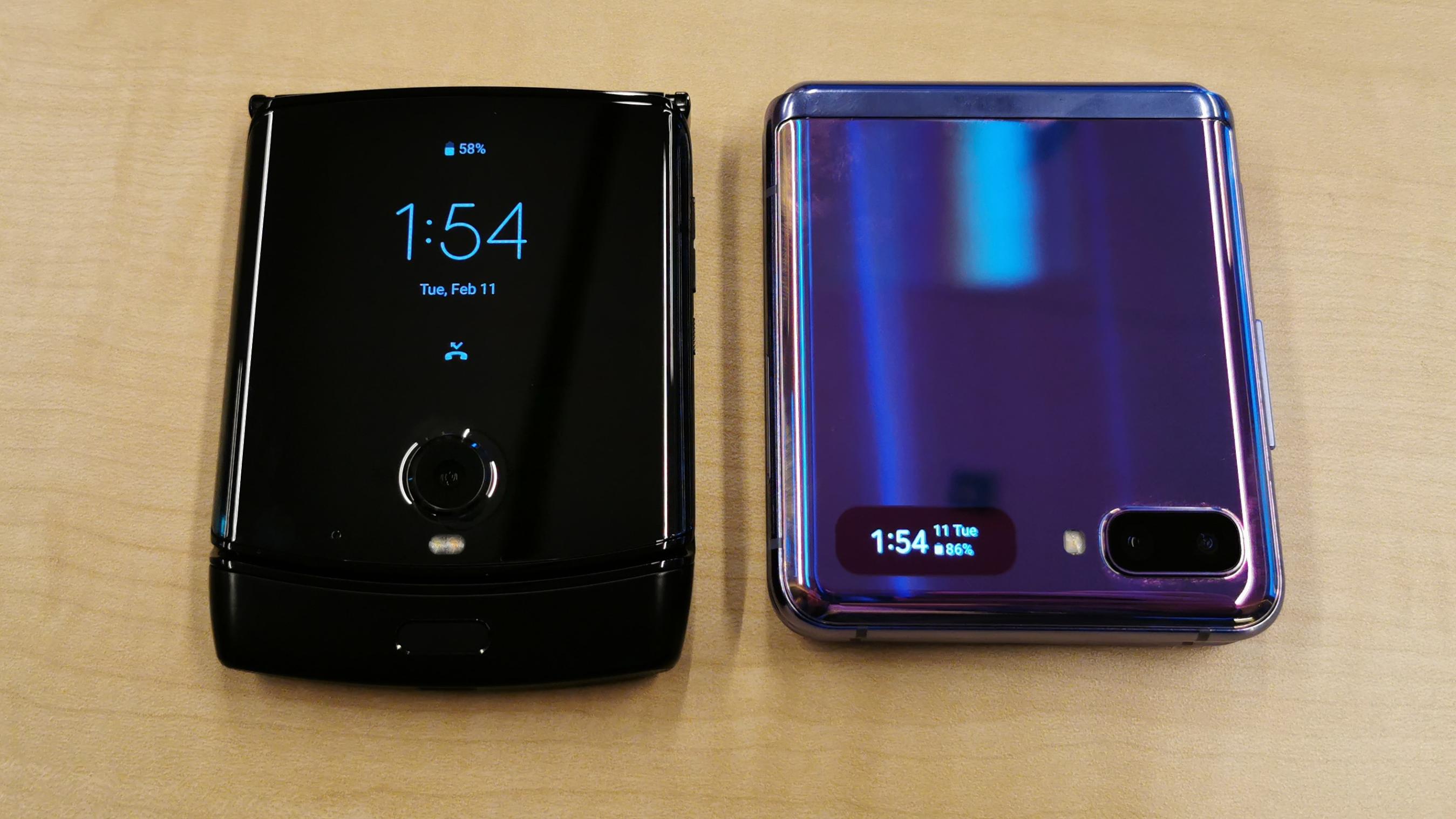 Because of their big screens, both devices offer their users incredible gaming and video experience. Samsung Galaxy Z Flip is one of the first foldable phones to use glass on their devices, and this resulted in a great video experience.

The devices can offer something for any kind of user. For example, if you are one of those who enjoy investing a lot, both of these phones offer you a great opportunity to do the thing you love so much. There are hundreds of different applications for those who enjoy investing. Investing-related websites like LearnBonds also have a list of the best investing apps available for instant download, and you can use any time, anywhere.

The main similarities between the two devices are the way they fold, or to be more exact, flip. The difference between them is that the Motorola Razr has a little chin on the bottom part of the phone. Because of this, when folded, the phone is a little thinner than the Galaxy Z Flip. Also, you will find it hard to keep Motorola’s version of the foldable phones in positions of any other angle than open and folded. Unlike this, Samsung’s new phone can be held at pretty much any angle. You can even divide the phone into two parts if you decide to hold it at a specific angle.

The Razr is very good to be used open or closed, with a Quick Look mini screen, while the Galaxy Z Flip can be used at a variety of angles. Because of this, Samsung’s exterior display is very small and is used for time and basic media controls.

he one thing that also should be noted is that the Razr lacks a SIM/microSD slot, which means that you are stuck with the included storage of 128GB. Also, the Samsung Z Flip has a SIM slot, but there is no microSD slot available.

Displays are very important for foldable phones since they have to do the main job of the phone – to fold. The Razr is a plastic 6.2-inch P-OLED display, which is closer to the Galaxy’s previous version of the foldable phone, the Samsung Galaxy Fold. On the other hand, the Z Flip has a larger, 6,7-inch AMOLED display. According to Samsung, the display is made of ultra-thin flexible glass.

When it comes to front screens, the Razr has a bigger, 2.7-inch screen on the front. Samsung’s new phone has a slammer, 1.1-inch screen, which is barely enough to track time.

The main strategy of both of the phones is fairly simple and the same. Both manufacturers decided to have the make camera on the back of the phone, which, while folded would become the face camera. With this, the ensured to have one of the best front-facing cameras on the market.

Another difference between the two models is that Galaxy Z Flip has a 3,300mAh battery, while Motorola Razr has a 2,510mAh capacity. Also, Samsung offers the ability of wireless charging, while Razr does not support this technology.

The Motorola Razr packs a Snapdragon 710 processor, 6GB of RAM, and non-expandable memory of 128GB. The Z Flip, on the other hand, has the Snapdragon 855 Plus chipset, 8GB of RAM, and 256GB of storage.

In addition, Samsung Galaxy Z Flip comes with Android 10, which is to be expected for any phone launching in 2020. Razr comes with Andoird 9. This means that Razr users will miss out on many advantages that Z Flip users might have.

There are many differences between these two very similar phones, deciding which one you would want to use is a hard call, but there are several things you need to keep in mind. Both of the devices have advantages and disadvantages, you should make your decision according to your needs and the things that you are looking for in a phone. If you are a huge fan of innovation, both of these smartphones have something new to offer you. But if you are looking for better performance, better camera, and battery capacity, then the Samsung Galaxy Z Flip is the way to go.

The foldable phones are becoming very popular. As technology develops, the market becomes to be more diverse. Many companies have come up with different ideas to produce this futuristic concept, including Samsung Galaxy Z Flip, Motorola Razr, Samsung Galaxy Fold, Royole FlexPai, Huawei Mate X, and many more. More developers are working on foldable phones, and there is still a lot to come. 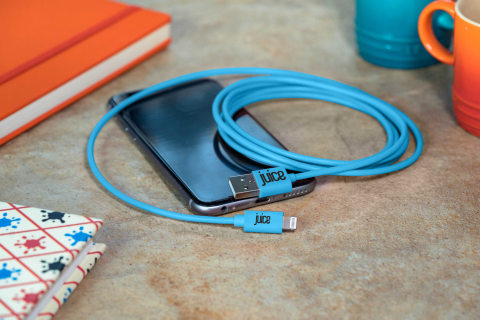 Juice outsells Apple for lightning cable sale to claim top spot
Juice claimed 10.4 per cent of the market share for January’s sales according to GfK figures Mobile accessories distributor Juice sold more Apple lightning cables than Apple did in the UK last month according to data from GfK. It was the first time Juice has claimed top spot, as the Banbury-based company claimed 10.4 per […]
News - What Mobile

Advantages and disadvantages of VoIP for your business
Voice over Internet Protocol (VoIP) allows businesses to make and receive calls over their internet connection. However, there are still many unanswered questions about VoIP. VoIP is touted as a superior and more cost-effective alternative to the traditional phone system. The technology has many features that its counterpart doesn’t, including call recording, call rerouting, videoconferencing, […]
News - What Mobile 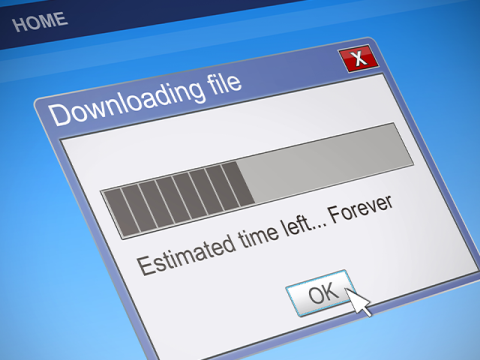 Uswitch study: Nearly 20 million UK homes experience slow broadband
However Uswitch has launched a service designed to inform customers of the best available speeds at their home  Research carried out by Uswitch has revealed that nearly 20 million UK households have experienced speed-related problems. This figure is despite 95 per cent of the country having superfast broadband available, with 19.6 million households (71 per […]
News - Paul Lipscombe

Mate Xs: Huawei launches its second foldable smartphone
The Mate Xs will cost €2,400 and is expected to release globally outside of China from next month Huawei has unveiled its second foldable smartphone after announcing the Mate Xs during a virtual launch from Barcelona today (February 24). The Mate Xs is the sequel to last year’s Mate X and will cost €2,400, with […]
News - Paul Lipscombe