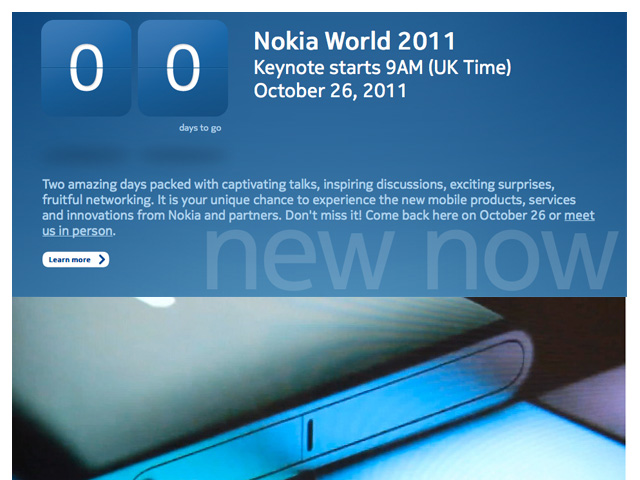 Nokia World 2011 kicks off tomorrow at 9am in London. Microsoft chief Steve Ballmer has revealed we’ll see more than one Windows powered Nokia phone tomorrow as Nokia put their eggs in the Microsoft basket and finally target Apple and Android with some serious firepower.
We’re also expecting Microsoft to thrown open Office and Xbox Live functions for many existing Nokia phones…What can you expect tomorrow? Here’s our top three reveal predictions…

The recently revealed teaser pics suggest this is the Windows phone that will make the headlines. It looks like an N9, judging by the UK TV trailer and the leaked pics that recently hit the internet. We’re looking at a 3.7 inch AMOLED screen, 1.4 Ghz processor, 8 megapixel camera and NFC functions. The real surprises will be how Windows works with Nokia hardware and what unique benefits come out of the partnership. With Apple constantly pushing the ‘200’ updates of iOS 5, Nokia and Microsoft will be keen to quash Siri and give customers a phone which offers unique features over raw power.

This is expected to be the all singing, all dancing powerhouse that aims to wrestle with iPhone 4S, Samsung Galaxy S2 and the HTC Sensation. The Nokia Ace is expected to have a 4.3 inch screen and, importantly, 16GB of storage alongside a single core 1.4 Ghz procesor. The speed and effectiveness of a single core processor on such a large screen phone rests solely on the Windows OS…

Tipped to be the mass market, budget Windows phone from Nokia. Nokia has dominated the phone market all over the world and it didn’t do it by selling £400 phones. The Sabre is expected to be a budget version of the Nokia 800 with hardware derived from previous budget Nokia phones. 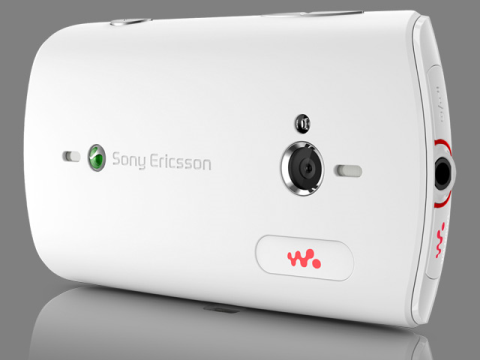 Sony Ericsson buyout means new ‘Sony’ phones
Sony has announced that it plans to buy the Ericsson stake of Sony Ericsson and take all phone development in house.
News - RMelville 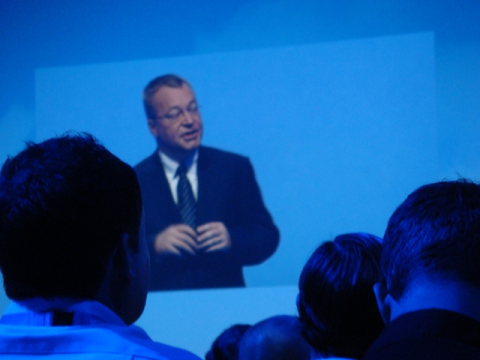 Nokia unveils Nokia Lumia 800, 710 and Nokia Asha 200, 201, 300, 303
Earlier this morning, Nokia’s Stephen Elop took to the stage at Nokia World 2011 at Excel, London to annouce two new Windows phone brands and a brave reboot for Nokia.‘We want to connect the next billion people to the internet’ said Elop, suggesting that many milions of people would experience the internet for the first […]
News - RMelville 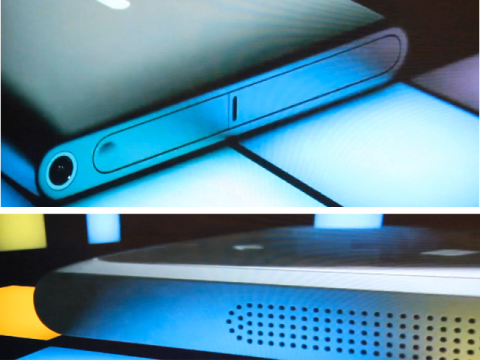 Nokia 800 revealed on ITV ahead of Nokia World conference
Nokia World is just days away but Nokia used X Factor TV slots to reveal the new Nokia 800.
News - What Mobile 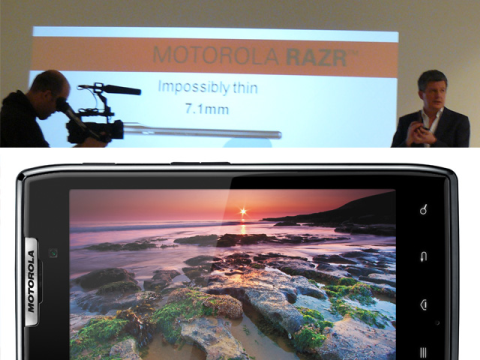