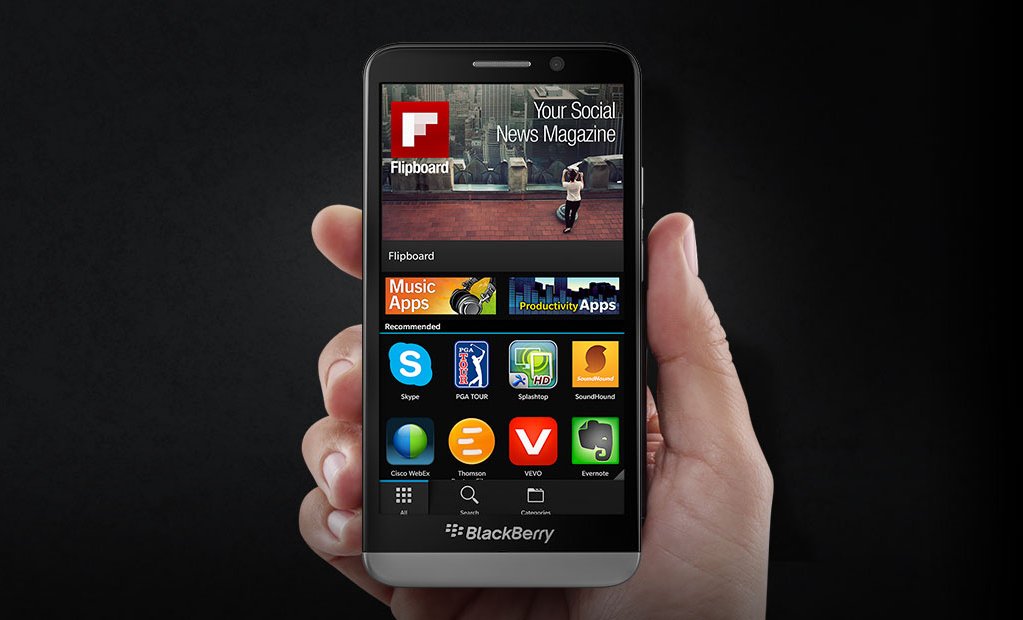 BlackBerry is on the verge of releasing its latest software update for its mobile devices, and it will contain one of the most important additions in the operating system’s history.

All devices running BlackBerry 10.3.1 out of the box will have the Amazon App Store installed by default. This app store grants BB users access to every Android app available to Amazon device users – a significant expansion to the notoriously barren BlackBerry App Store.

Not all of these apps will run flawlessly, but it’s a nice option for BB users to have.

Sideloading Android app stores has been an option available on the BlackBerry OS for a while now, but it’s always been something that you had to know existed before you could use it. Chances are your standard business-first BlackBerry user had no idea the option existed.

All new BlackBerry handsets will come with this version of the OS pre-installed, and it features a number of other features too. All non-BlackBerry Classic handsets that install it will receive the Classic’s excellent range of keyboard shortcuts, as is message unification centre BlackBerry Blend.

Certain BlackBerry apps and the camera software will also receive enhancements. Update 10.3.1 is rolling out as we speak, but just when it will reach your device depends on your location and carrier.

Nintendo is finally making smartphone games
Brace yourselves – the news all gaming fans have been waiting (begging) for has finally arrived. Nintendo is to begin making games for mobile. Games. On your mobile phone. Made by the most iconic house in the videogames industry. It almost sounds too good to be true. …In fact it is. Sort of. The truth […]
Apps - Callum Tennent

The iOS App Store no longer has ‘Free’ apps – but you can still ‘Get’ them
Concerned/aggrieved parents and gamers of the world: rejoice. The Apple has now ceased labelling free-to-play games as ‘Free’ within the iOS App Store. As of today the download button reads ‘Get’. You can probably guess the reason why. Mounting pressure from the European Union combined with what seems like weekly horror stories from parents with […]
Apps - Callum Tennent

WATCH: Playing original PlayStation games on your Android Wear smartwatch is as stupid as it is impressive
It’s funny, in a rather cruelly ironic sense, that despite no individual Android Wear smartwatch impressing all that much they’re actually capable of some rather impressive things. Silly, impressive things, such as running a full version of Microsoft’s Windows 95 operating system. Is there any need for it? Of course not. Is it kinda cool? […]
Apps - Callum Tennent