Motorola says “Great design never goes out of fashion”, as a reference to the iconic Motorola RAZR, released in 2004, which this phone has been heavily influenced by.

The Motorola GLEAM is a no-frills phone for, to quote Motorola: “people who just want a simple phone that makes calls”.

At just 13.9mm thick, and available in a choice of colours, the GLEAM will be a highly affordable handset that should be appearing in the UK on prepay, although a retail price has not been confirmed. We’d expect somewhere around the £50 mark.

It’s easy to forget that many people still don’t care for smartphones, so Motorola is keen to ensure that it isn’t perceived as a company that has ditched everything to go down the Android route.

To keep things simple the phone has such luxuries as an FM radio, a 2-megapixel camera with video capture and MP3 playback – so forget about smartphone operating systems and complex apps. But, there’s still expandable memory and Bluetooth with stereo audio output, plus a 3.5mm headphone jack for listening to music or the radio.

The phone also has some clever touches, such as a glowing light that glows to highlight a call or message, or an LED matrix that can keep you notified of upcoming events or information such as the time. A choice of colours will be on offer, including graphite gray, lacquer red and thistle, while a stereo headset will be supplied with the phone as standard. 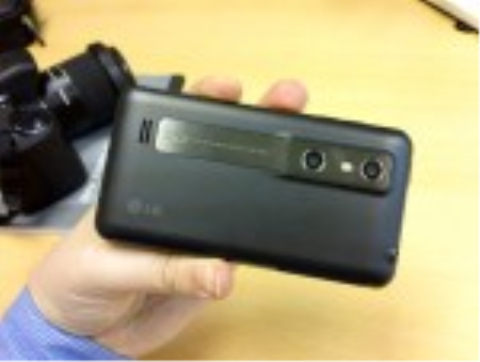 Hands on: LG Optimus 3D
LG may have held back in the race to release a tablet, but when it came to being first to release a 3D phone, LG has left everyone else on the starting blocks. Although we can expect other 3D mobile phones to be announced in the future, the Optimus 3D is here right now and […]
News - Jonathan Morris
Motorola brings Droid PRO to Europe as Motorola PRO
Motorola has today confirmed it will be bringing the Droid PRO to Europe, as the Motorola PRO.
News - Jonathan Morris