There may be more Nokia Android phones inbound

Yesterday we reported that the Nokia Android phone could be revealed this month. Today we’re hearing that more handsets from the company using Google’s OS could be inbound.

Tech.qq has allegedly been tipped that other Androids will follow the phone, including higher-end models. However these new phones will apparently be revealed in May – June, while the original, thought to be named the Nokia X, will launch at MWC.

The report suggests that Nokia’s Asha line of low-end handsets will be left with the company after the transition. This could explain why a primarily Windows Phone-focussed brand is making the move to Android with an Asha overlay.

Hopefully more will follow leading up to the phone’s reveal at the end of MWC. 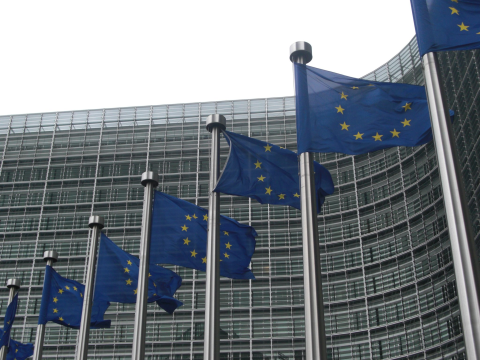 EU defines new internet management model
The European Commission (EC) wants the management and operation of the Internet to be shared with the international community in an effort to make it more open, accountable and secure. In the aftermath of the NSA leak, the EC has put forward new proposals that seek to undercut the overbearing influence of US Internet governing […]
News - Saqib Shah
Samsung is China’s most popular smartphone brand, Apple languishes in fifth
This is the exact reason the iPhone 5c was conceived. And this is the exact opposite of the effect Apple would have hoped it would have. Figures have shown that in 2013 Samsung was China’s most popular smartphone manufacturer, whilst Apple could only crack the number five spot on the list of the world’s biggest […]
News - Callum Tennent
Virgin America launches first ever in-flight social network
We’ve all done it, or at least considered it, but Virgin America wants to make in-flight socialising that much easier with the launch of the first onboard social network. Developed with Gogo Wifi and the Here on Biz geo-location app, the service  lets you register via Facebook, LinkedIn or Twitter to contact fellow travellers at […]
News - Saqib Shah
Two giants team up to help bring wireless charging into the mainstream
Wireless charging has been just over the technological horizon for years now, but circumstances have consistently managed to hold it back from reaching the mainstream. One key issue has been the fragmented marketplace caused by contrasting technologies. Three major companies –  the Alliance for Wireless Power (A4WP),  the Power Matters Alliance (PMA) and the  Wireless […]
News - Callum Tennent