The mobile communications app Viber has been acquired by Ratuken, the Japanese version of Amazon, for $900 million ( £540 million).

Viber is one of Skype’s biggest rivals with over 300 million users worldwide. The app was the first to introduce 3G VoIP  on the iPhone and allows users to call  all any land-line or mobile phone, send messages and even  push-to-talk.

According to the Wall Street Journal, Viber’s global user base helped draw Rakuten, which is trying to expand its business interests beyond Japan.  It also recently purchased a large stake in  Pinterest  and bought e-reader maker  Kobo.

Rakuten’s CEO confirmed that Viber “perfectly compliments” its goals and said the acquisition “will enable it to penetrate new markets with multiple digital content offerings.”

More Stories
ICYMI 13/02/14: LG G Pro 2 launch, departure of Motorola CEO, global smartphone shipments reach 1 billion
Today’s video round-up includes the launch of the LG G Pro 2 in Korea, the departure of Motorola Mobility CEO Dennis Woodside for Dropbox, and news that worldwide smartphone shipments reached 1 billion for the fist time ever last year.
News - Saqib Shah
Nintendo announce Game Boy Advance classics & another NES Remix for Wii U
From  April onwards, classic Game Boy Advance games will be available in the Wii U eShop. Nintendo have announced that this Spring popular titles like Metroid Fusion, Yoshi’s Island: Super Mario Advance 3 and Mario & Luigi: Superstar Saga. A great list which is sure to get gamers excited, but once again Japan have got […]
News - Callum Tennent
Top 5 apps for Valentine’s Day
Looking for some last minute ideas for Valentine’s day, look no further than your smartphone. Whether you want to impress in the kitchen, book a romantic meal or buy your partner the perfect gift, just follow our guide to the best apps for Valentine’s Day and you’re sure to keep your significant other happy.   […]
News - Saqib Shah 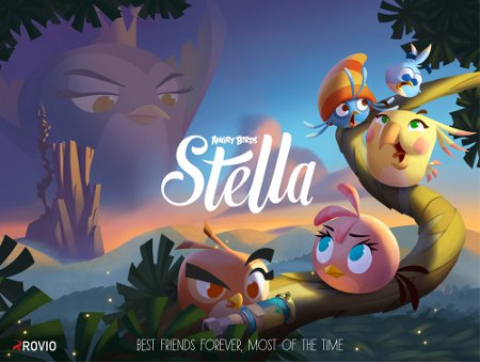