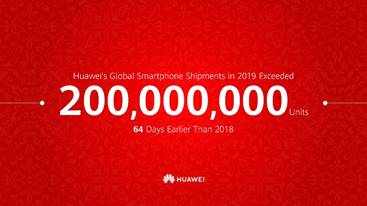 Huawei Consumer Business Group (CBG) today announced that it has shipped 200 million smartphones to date in 2019, 64 days earlier than the same shipment milestone last year. Huawei’s relentless focus on cutting-edge technology and innovative ID design, with its complete commitment to consumers worldwide, has reinforced their trust and commitment as more consumers continue to support Huawei.

2019 saw the launch of a number of stand-out devices including the multi-award-winning HUAWEI P30 Series, widely considered to be the best camera phone currently available, as well as an all-round category leader. Amongst a slew of awards and accolades, the European Image and Sound Association (EISA), a group comprising 55 of the world’s most respected consumer electronics magazines, named the HUAWEI’s P30 Pro “EISA Best Smartphone 2019-2020”, making it the second year in a row that Huawei has claimed this category prize.

More recently, the HUAWEI Mate 30 Series launched to great critical acclaim. Featuring the flagship Kirin 990 5G SoC, DxOMark winning quad camera system with breakthrough SuperSensing Cine Camera and futuristic Halo ring design, the HUAWEI Mate 30 Pro has been called “a genuine, unapologetic flagship phone” by Android Authority while GSMArena stated that “it has some of the best cameras ever found on a smartphone”, once again cementing Huawei’s reputation as an industry leader.

In celebration of the milestone, Huawei announced the Commemorative Edition of HUAWEI Mate 30 Pro 5G. The limited version will come with 8GB RAM + 512GB Storage and will be available in Forest Green and Orange with vegan leather. It will be available for order on Huawei Vmall starting from 1st November 2019 at 10:08 am China time in the Chinese market. 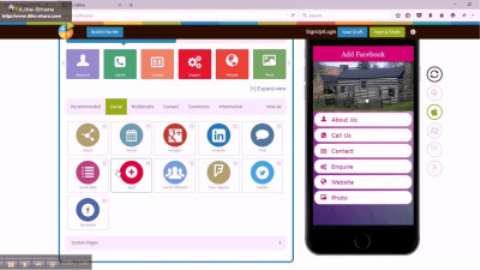 Create a perfect colour balance with Appy Pie’s Colour Wheel!
Getting the perfect colour balance can be a frustrating task no matter how long you have been doing this for. Graphic designing may have come a long way, but it has missed a fundamental functionality all along – a proper, usable colour wheel. However, there’s finally a tool that solves this problem. Appy Pie’s Color […]
News - Rahul shukla

Seven Tips to Increase Mobile Conversion Rate
Do you notice how slow your mobile conversion rate is becoming compared to those visiting via desktop computers? While this might seem meaningless, it’s actually crucial to focus on your mobile users, as the number of people using their mobiles increases each day! More people are using their mobiles as a way to surf the […]
News - Stacy Richards 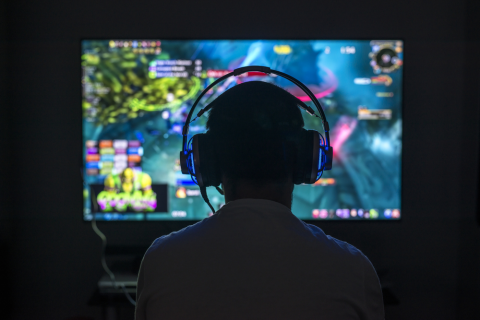 Steam Link – The Past, Present, and Future
Game streaming is not a new development in technology, but it is an element which is yet to achieve its full potential. Over the years, many services and systems have attempted to gain a foothold in this market, with Valve’s Steam Link being one of the more successful and famous. So, what exactly is the […]
News - Emily Galic 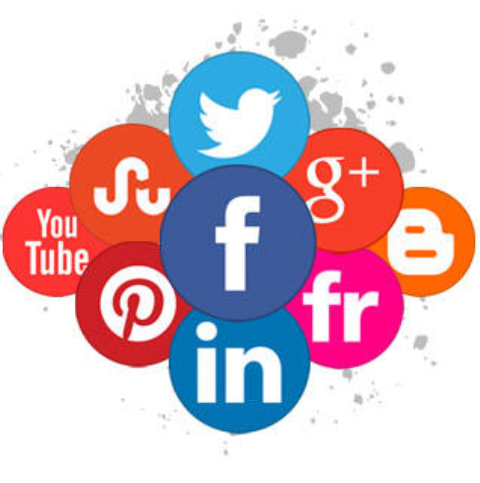 Techniques for Strengthening Your Social Media Marketing Insights
People new to social media marketing tend to focus on making a habit of posting. They step things up by researching what times of day they should post to optimize their content on the different social networks. This common step up is actually the first step toward understanding social media insights.  You need to understand […]
News - Anne Davis