Huawei has jumped into third place on the smartphone sales rankings, a big boost for the Chinese smartphone maker which has been making a push into the UK.

The research by IDC shows that the worldwide mobile phone market remained relatively flat in 2012, rising by just 1.2% year on year to 1.7bn units. What has changed is the proportion of sales – smartphones now account for 45.5% of all mobile phones sold, or  713 million smartphones. This was 44.1% more than in 2011.

“Vendors with unique market advantages, such as lower-cost devices, can rapidly gain market share, especially in emerging markets. A good example is Huawei, which overtook LG as a Top 5 vendor in the overall mobile phone market and passed HTC to become a Top 5 smartphone vendor.”

Huawei and ZTE jumping into the top 5 shows a fundamental shift in the market – HTC was once the largest Android smartphone maker, while LG has a long pedigree in the mobile phone market. By comparison, Huawei and ZTE are upstarts, but represent the industry’s move toward China.

Samsung  set a new record for the number of smartphones shipped in a single year.

Apple  saw record iPhone shipments in the 4th quarter (see Apple’s results here) were driven by successes in China, where its shipments more than doubled. IDC says that Apple also saw success from its older models, such as the iPhone 4, which it couldn’t match demand.

Huawei  suddenly finds itself among the top three smartphone vendors in the world, a first for the company. Previously the company has Top 10 at best. Huawei has done well with its budget lines and its Ascend high end line, which was one of the earliest 4G models. It recently announced the Ascend Mate, the first smartphone with a 6.1-inch display.

Sony  is continuing work on growing its stake in the high end, more focused since the Ericsson buy out. The Xperia Z is to be launched shortly.

ZTE  has made its success in the low end of the market, particularly in selling white label phones (i.e. phones rebranded as Vodafone, or Verizon). The shipped more smartphones than feature phones for the first time, and has seen great success in emerging markets.

More Stories
Apple needs to move to software to keep growing
Apple needs to focus on something other than the number of devices sold to maintain growth. M&A advisory firm Magister Advisor managing director Victor Basta said the results of Apple, Samsung and Nokia last week emphasised the argument that the mobile market was no longer about the device. The company needed to get to a […]
News - Alex Walls
Friday Lolz: The Twitter implosion – Abrams is directing what now?!
If you felt the Earth resound this afternoon, it was probably Twitter exploding. The rumour doing the rounds on Twitter today was that J.J. Abrams of Lost aka No Seriously, What Was With That Polar Bear? and Star Trek fame would be directing the new Disney-produced Star Wars (it’s number seven, for those of you […]
News - Alex Walls
Is ‘fibre to your phone’ just around the corner?
LTE-Advanced, the next step up in 4G service, could see roll out this year. Excuse my drool, there. With the 4G spectrum auction finally under way, the UK should soon see the roll out of 4G services from several operators – Ofcom estimates by late spring or summer this year.   4G should see typical […]
News - Alex Walls 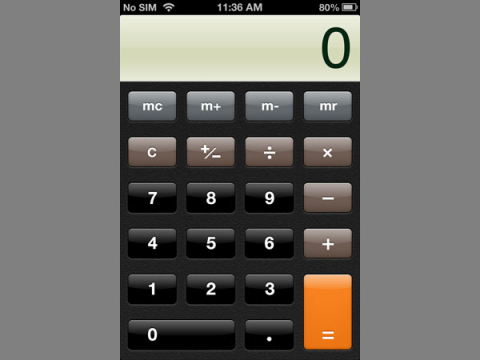 Direct Save offers telco price calculator
Direct Save has launched a telco price calculator which compares its prices with the four major telecom providers. BT, Sky, TalkTalk and Virgin “dominated” the United Kingdom telecoms market, the company said, with 90% of the fixed line and broadband market.   The companies’s competitors were not doing enough to entice customers away, Direct Save […]
News - Alex Walls