HTC today launched its first tablet, the HTC Flyer.  It has an excellent set of specs, although HTC will be continuing to promote it in a user-friendly way as a device that is simple and easy to use.

However HTC chooses to market the Flyer, the tablet will appeal to all types of users, from kids to adults and social to business users.

The HTC Flyer has a 7-inch capacitive touchscreen (1024×600 pixel resolution), 1.5GHz processor, 32GB internal storage, 1GB of RAM, 5-megapixel rear camera and a 1.3-megapixel front facing camera for Skype and Google Talk. It is a 3G device with support for HSPA+ data speeds, as and when UK networks upgrade.

The casing is constructed from an aluminium unibody design and has HTC Sense loaded above Google’s Android operating system, with a new 3D home screen, Abobe Flash 10 and HTML 5 support. The Flyer will not come with Android’s Honeycomb OS, but HTC did not confirm if it will ship with 2.2 or 2.3 out of the box.

HTC Sense makes it possible to use all of the same features available to users of HTC’s Android smartphones (remote monitoring of the device, multiple profiles, social networking data aggregation, skins and themes), along with some new services called HTC Watch and OnLive cloud gaming. Parents can also limit the use of the device for when their children use it.

The Flyer also has both touch and pen interaction, with HTC Scribe technology that allows you to make notes easily, including ‘Timemark’ that allows you to write notes and record conversations, backed up in the cloud with Evernote, the world-leading notes application and service, for future reference and playback. By clicking on any part of your notes later on, you can hear exactly what was said at that moment in time; ideal for note-taking at important business meetings or interviews.

HTC Watch is HTC’s new video download service, with low-cost progressive downloading (watch while downloading) of HD movies from major studios, while gaming will come alive with OnLive – the company that HTC recently acquired. Doing away with the need for expensive gaming hardware and software, users can play games stored ‘in the cloud’ and interact with other players in a live gaming environment.

HTC told What Mobile that it had already developed, and canned, two tablets before the Flyer was officially released as the company wanted to make sure that it waited until

The HTC Flyer will be released in Q2. 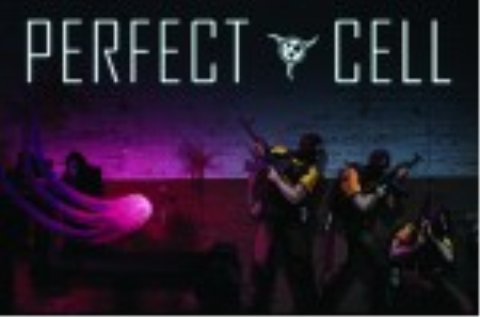 Perfect Cell game review
Fresh from the long-running âEdgeâ copyright debacle, French outfit Mobigameâs latest title is about as far removed from their stark, geometric platformer as possible, or indeed, most games on the App Store.
News - Chris James
HTC launches two Facebook phones
HTC has finally announced not one, but two, phones with Facebook accessible at the touch of a button. The HTC ChaCha and HTC Salsa offer two different styles of phone, each built on the Android operating system.
News - Jonathan Morris
Vodafone taking smartphones seriously
Vodafone is taking Android smartphones extremely seriously, confirming a huge number of releases in the coming months.
News - Jonathan Morris
Acer ICONIA tablets: Android or Windows 7?
Acer has built two Android Honeycomb OS tablets, the ICONIA TAB A500 with a 10.1-inch screen, and the A100 with a 7-inch screen, each with a dual-core processor and HD output. There’s also a Windows 7 variant coming too.
News - Jonathan Morris