Everything Everywhere will target a total of one million 4G customers by Christmas.

The network operator would also double 4G speeds and capacity in 10 cities this summer, it said.

And now the company was on track to sign up over one million 4G customers by the end of this year, which was equivalent to about 8% of its pay monthly base, within 14 months.

The company had been trialling doubling current 4G speeds and capacity in Cardiff, which had seen top speeds of 80Mbps.

The roll out of “turbocharged” 4G would see top speeds of 130Mbps throughput, with average speeds of above 20 Mbps, Swantee said.

The roll out of doubled speed and capacity would take place over the next two years with an aim for 98% population coverage by the end of 2014, but the continuing 4G roll out would take precedence.

UK back on track

Swantee said the roll out would help put the UK back on track in terms of mobile, where it had lost ground to the likes of the United States.  The UK could once again become a global leader in mobile communications, he said.

Overall, the network predicted 750% growth in the next three years for mobile internet, with a 313% rise in mobile commerce.

LTE-A trials would begin by the end of 2013, Swantee said. EE had met a number of device manufacturers in confidentiality to demonstrate the network’s capabilities.

Swantee said Everything Everywhere (EE) was working with manufacturers to “democratize” 4G and make it available to more market segments, since most 4G devices were available at a higher price point.  He was very confident that the market would see more lower cost 4G devices in the coming months, he said.

However, today was a network announcement, not a pricing announcement.  EE was happy with its tariffs and data bundles and that it believed its portfolios of such were correct – so no unlimited data as yet, folks. 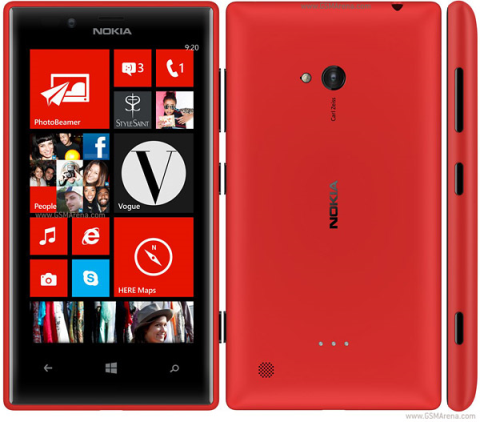 First Look: the Nokia Lumia 720
What Mobile takes a quick first look at Nokia’s newest offering, the Lumia 720, a step down from its 820 device, itself the step down from the flagship 920.
News - Alex Walls
Nokia rolls out Lumia 520 and 720 in UK
Nokia has rolled out two more Lumia devices in its range and the questions are, are they any good and why two more Lumias?
News - Alex Walls
BlackBerry Z10 pulling in 55% new customers
BlackBerry CEO Thorsten Heins claims that 55% of Z10 buyers are new to the BlackBerry platform.
News - Allan Swann
Facebook Home will disappear without a trace
Facebook Home is nothing more than a silly Android skin that most users won’t bother with.
News - Allan Swann