There is a bounty out on the teenage HTC M8 video leaker, HTC want legal action 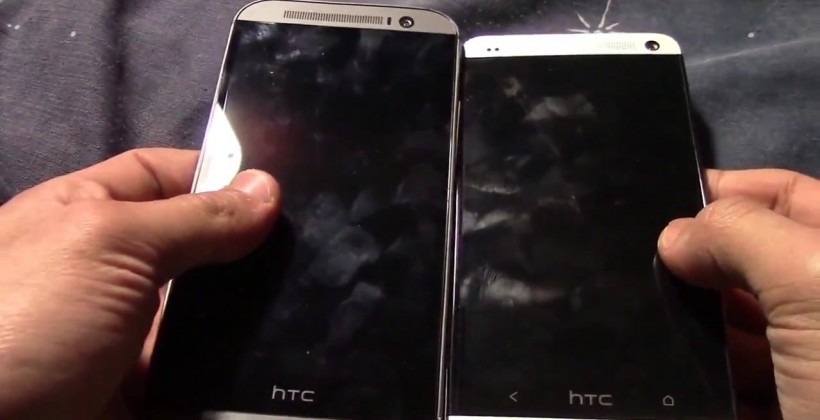 Liberty comes at a cost. We are lucky to live in a world where so many are willing to make personal sacrifices for both our personal freedoms, and the freedom of knowledge. Edward Snowden. Julian Assange. And now, Roshan Jamkatel, a teenage YouTuber who may have just invoked the legal wrath of smartphone giants HTC.

Young Roshan recorded an incredibly lengthy and detailed video in which the unreleased sequel to the HTC One, the M8, was fully and thoroughly critiqued. Jamkatel even went to the effort of attempting to hide the device’s unique IMEI code so as to prevent it being identified. Unfortunately he clearly forgot that YouTube video can actually be paused, so whilst he attempts to hide the phone’s various barcodes and details, the (numerous) times he lets them slip are there for all to see.

Phone companies have always come off as remarkably blasÃ© whenever new images or footage of their unreleased handsets leak. Perhaps that’s largely down to their intractability, as this time HTC has smelt blood, and poor Jamkatel will most likely soon have their legal sharks knocking down his door.

In a dialogue which has since been deleted, Global Communications Manager for HTC Jeff Gordon lets the kid know just what’s about to go down:

What’s even scarier is a recent post on social content-aggregator Reddit, informing users of an alleged bounty on the handset. A bounty of $10,000. The informant even says there are rumours that the person behind the bounty is representing a rival phone company. Take these rumours with a pinch of salt (not just of the nature of the buyer, but of the existence of the bounty itself), but it’s not hugely beyond the realm of possibility.

Perhaps rather ironically, it would seem that Gordon’s blunt response has done more for the profile and the legitimacy of the leak than anything else ever could (it’s called the Streisand Effect).

Hopefully this means an end to the relentless stream of HTC M8 leaks we’ve had over the past month. The product seen in the video below seems like a retail-ready product. Take it all in, and spare a thought for the poor man who has sacrificed himself for your technological liberties.