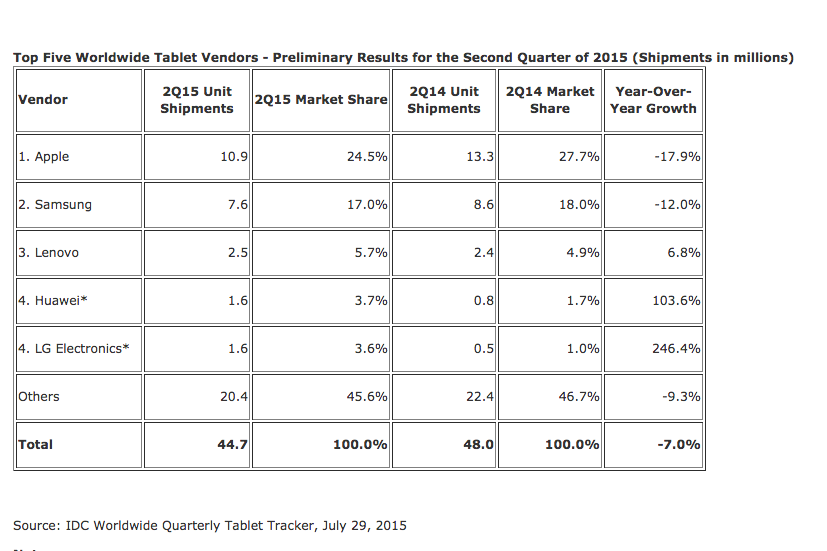 Apple and Samsung’s market share in tablets is dropping faster than demand.

10.9 million iPads were shipped over the last quarter, a drop of 17.9% compared to the same time last year. Samsung also had fewer tablet sales, sales going down from 8.6 million last year to 7.6 million.

Demand for tablets – which are unlikely to have the same swift turnover as mobile phones – has also been dropping. Since the same time last year, the total has dropped 7%, from 48 million this time last year to 44.7 million in the last quarter.

Consumers seem to have turned to lesser giants Lenovo, Huawei, and LG Electronics for their handheld computing needs. While Apple and Samsung are still in first and second place respectively and look to stay that way, Huawei has doubled its shipments since last year and LG has managed an astonishing 246.4% rise in tablet sales.

Top 5 iPhone Software Annoyances
Whatever your opinion on iPhones, there’s no denying that they have their share of issues. Here’s the top 5 not-so-user-friendly problems with the iPhone software. 1. Default Apps Don’t Delete Yes, it’s nice to be able to check your messages or call up your camera immediately, but it’s doubtful that most people will care about […]
News - Joanna Tatum

Alleged iPhone 6s display assembly leak
Pictures of the iPhone 6s’s display assembly have supposedly been leaked by GeekBar, a Chinese phone repair company. There is no proof that Apple’s upcoming ForceTouch is included, but the word on the wind suggests that the pressure-reactive screen will be part of the new 6s handset. Rumours imply that the 6s will be slightly […]
News - Joanna Tatum 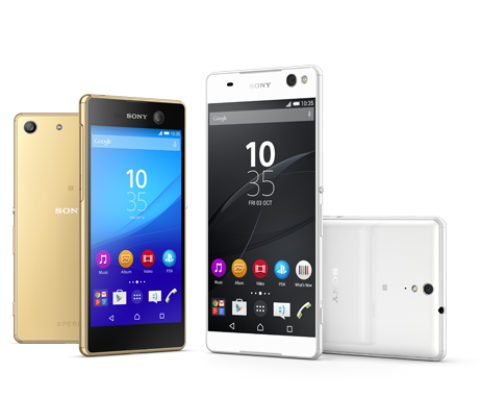 Samsung confirms interesting spin on new smartwatch
There’s only a few weeks left until the Samsung Gear A smartwatch launches, and the Korean manufacturer has confirmed that it will have a rotating bezel.  The rotating bezel will allow the user to navigate through the watch, zoom in and out of pictures, switch between apps and much more. SamMobile tweeted images and details […]
News - Alex Yau