Alcatel One Touch unveil first ever ‘wearable smartphone’, but does it matter? 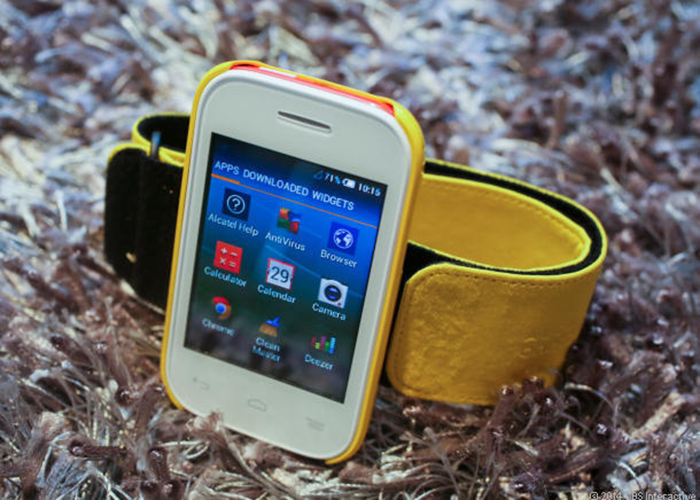 Alcatel One Touch have revealed a brand new range at the Mobile World Congress today – the world’s first wearable smartphone.

The Pop Fit is a minuscule Android 4.2 smartphone designed to be worn on your wrist. The hook, Alcatel believe, is that is an entirely standalone wearable. Whilst other, similar devices require a connection to a larger device the Pop Fit is a complete phone, in and of itself.

The device is aimed at those with an active lifestyle, such as runners and athletes, and will come with a number of music and tracking applications and capabilities ready-loaded to it. For example the  RunKeeper Android app, which uses a mix of 3G connectivity and GPS to track your workouts as well as share with others via social media.

The Pop Fit has a 2.8 inch screen and weighs a mere 78 grams (almost half the weight of an iPhone 5s). It provides the ability to stream music and radio via 3G, with space to store music and podcasts.

What do you think? The price point is certainly attractive, and the specs aren’t terrible – particularly the surprisingly large storage capacity given the size of the device. The only problem is that Alcatel may well have tapped into a niche that doesn’t exist.

There are literally hundreds of different accessories designed to make your smartphone portable and comfortable whilst you’re out ‘leading your active lifestyle’, whatever that particular buzz-phrase means. Are you so incredibly active that making your primary smartphone the size of a particularly gaudy watch is a viable choice for you? Or maybe you’d consider buying it as a second smartphone, for when you’re out running or playing racquetball or BASE jumping.

Whilst the device is functional enough, it just doesn’t quite seem like there’s enough of a reason for a dedicated runner to consider it over a £9.99 wearable case for their top-end smartphone.

More Stories
Nokia launches new ‘X’ range of hybrid Android phones
Nokia has today unveiled a new family of smartphones that feature a hybrid Android-Windows Phone operating system. The Nokia X, X+ and XL – priced at Ã¢¬89, Ã¢¬99 and Ã¢¬109 respectively –  are aimed at emerging, or growth, markets and for the first time allow owners of Windows Phone devices to download and use Android […]
News - What Mobile 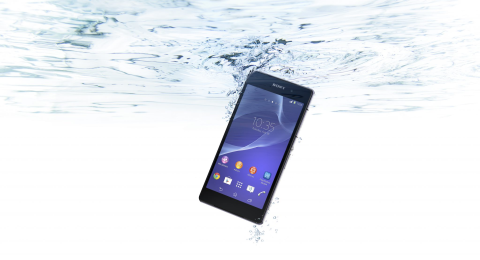 The Sony Xperia Z2 is finally unveiled, to be released in March
The first full sequel to Sony’s fantastic Xperia Z1  flagship smartphone has been unveiled today at the Mobile World Congress. The Xperia Z2 will be released in March and will boast an almost obscene number of outstanding features. First and foremost, Sony claim that the Z2 will have the best smartphone camera in the world. […]
News - Callum Tennent
Nokia announce their cheapest smartphone ever, set to cost less than £25
Nokia fans and industry analysts alike were all looking ahead to the Mobile World Congress for the fallen Finnish giants to shake things up. Surely Nokia had something planned to get people talking about them once again. Well how’s this for an announcement? A smartphone that costs  less than £25. As Nokia put it, their […]
News - Callum Tennent
Live in America? Own a Nintendo 3DS XL or 2DS? Then you can download PokÃ©mon X or Y for FREE
If you’re lucky enough to both reside in the United States of America and  own one of Nintendo’s fantastic handhelds, either a 3DS XL or a 2DS, then you’re in for a real treat. Satoru Iwata must be going soft on you lot, as Nintendo are putting both PokÃ©mon X and PokÃ©mon Y up for […]
News - Callum Tennent