Finally, the era of the boring form factor might just be over

I miss the early days of the smartphone when radical designs were the vague norm – not the ab-norm. But those days are long gone. The industry has settled on the boring rectangular slab of glass and metal as the default smartphone form factor and frankly, I’m bored.

Right now, I am bored with my new iPhone XS Max, purchased a month or two ago as my former X was looking a bit battered and bruised.  O2 were offering a bit of a good deal, and in the upgrade-obsessed world we live in of course I thought, why not.

But when I upgraded I had a sense of overwhelming apathy.  Wow, I have a new iPhone, it’s slightly bigger, the screen looks a bit sleeker and I’ve got a white case for it, so all good there.  But truth be told I was bored and regretted my decision. Not the decision to upgrade, but the lack of choice when it came to my upgrade.

My first job was with Vodafone back in 2001, I then progressed to Motorola and then to Nokia, up until around the time Nokia imploded, so you might say I have a personal interest and view on all things mobile.

I was part of the team who tested Nokia’s lipstick phone – the 7380, I helped train out the Nokia 7650 with the introduction of GPRS, and at Motorola, I lead the UX team on the Motorola Z8 and Z10 – their UIQ powered banana phones.  One of the final phones I worked on was an update to Nokia’s infamous communicator – the Meego powered Nokia N950. Still an amazing phone with sublime mechanical engineering.

It’s true to say that at the time, they were probably challenging to use and clearly didn’t sell in anywhere the numbers the iPhone has over the years. But at least they were interesting.

For too many years we have only had the choice of monolithic slabs of glass and plastic, or sometimes glass and metal.  Regardless of manufacturer, pretty much every phone of the last 10 years or so has had the same industrial design. Large glass front, some sort of back case, a few buttons on the side and if you’re really lucky, a headphone jack.

However, over the last few months, I’ve heard rumblings of innovations that MIGHT just break the mould – Samsung and Huawei’s folding phones that convert to tablets, and Motorola’s recently announced flip phone.  When I first heard about these phones my interest was immediately piqued. I was concerned that there would be UI challenges that aren’t resolved, and the right use cases haven’t quite yet been defined – but I had hope. Hope that I might finally have some choice when it comes to the phone I pick next, once the bugs and challenges of first release devices have been nailed.

So, what’s happened? Screen technology has advanced and now folding phones are truly viable again.  Processors, cameras, speakers, microphones and sensors have shrunk to the point where they can be crammed into half the space compared to a few years ago.  Hardware technology and capability have finally evolved to the point where once again interesting Industrial Design can begin to flourish – and it’s about time.

Given these innovations, here’s where I see the future for Smartphones:

1 – Both Samsung and Huawei’s folding phones will sell well, but long term reviews won’t be that impressive.  First generation hardware always has a habit of failing rather ungracefully, and this round won’t be too different.  Mobile OSs will play catch–up for a while whilst new form factor requirements and use cases are truly resolved. This might be painful, but the hype and excitement around something other than a slab of glass and plastic will prove too attractive for manufacturers to leave alone and more devices will be created.

2 – Motorola’s folding phone may spark a regeneration of their fame and fortune.  Many many (sadly too many) moons ago I worked closely with the team who created the iconic Motorola Razr, the quintessential folding phone.  They were great designers and truly drove a form factor to its ultimate incarnation, and once again, folding screen technology has given them the opportunity to recreate that success.  I can’t wait to feel that sweet satisfaction of ending a shitty call by slamming a flip phone shut once again. I truly hope Moto harnesses this momentum and they start to rise the mobile ranks once again.  Please guys, if you’re reading this, don’t f*ck it up.

3 – A few manufacturers will create some truly out there designs.  I could see contender brands such as LG, Sony or even Nokia attempt to release devices that totally broke the design rules to make a name for themselves and try something new.  How about a cylindrical phone that orientates itself around a user’s grip and then rolls flat for desktop use? I’m willing to bet money that somewhere an industrial designer is thinking along the same lines somewhere right now.

4 – Apple will sit on the sidelines as it always does, letting others work out the kinks and challenges before finally releasing a device with a form factor different to the current iPhone.  They will make sure the alignment between hardware, software, OS and now payments are beautifully aligned and it will sell by the millions. Android fanboys will say that Samsung/Huawei had the innovation first, but Apple will be the first to make a truly beautiful experience.

But the key to all of this is the need for manufacturers to ensure they are making devices that truly solves a user’s need rather than just being technical science experiments. Thankfully, approaches to define experiences have evolved since the early 2000s, and at 383 we use the JTBD framework to truly understand a user’s needs and goals for engaging with a brand to ensure we aren’t making something for technology sake.

By speaking to users and understanding their end to end reasons for engagement with a product, we can genuinely create experiences that not only deliver on user needs, but also create closer relationships between users and their chosen brand.

So, there you have it, a new industrial design arms race in the mobile space has well and truly kicked off and I personally can’t wait to see what it brings.  I only hope that in 5 years’ time I have something more interesting to look at when I’m bored on the train or desperately avoiding human contact in the supermarket, or just desperate for an upgrade. Let’s watch this space.

More Stories
How to Improve Your Productivity with Tech this Spring
Household tech is on the rise, leading to saved time and convenience. This surge of home automation technology is not only fun but also when used correctly allows us to increase our daily productivity dramatically. Here are five ‘smart’ home items to consider in order to boost your productivity during this spring season: Pressure cooker […]
Opinion - Lisa Smalls 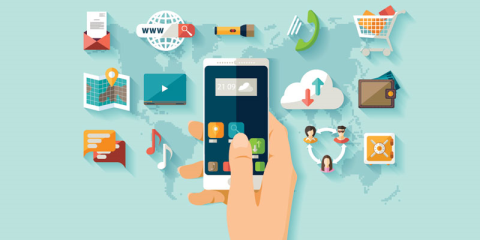 Rise of e-commerce
E-commerce companies have had dramatic growth over the past decade. As the internet has continued its worldwide takeover, high street businesses have begun migrating to the world wide web, while newer companies, such as ASOS and Just Eat, are solely web-based. But, why has e-commerce become so important to our population? We’ve teamed up with […]
Opinion - Jonny Mackley 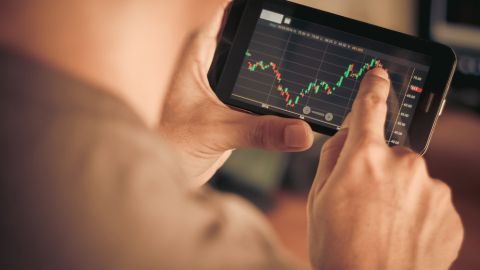 Is your trading app as secure as you think?
In the smartphone age, we use our handsets to control every aspect of our lives. They have also opened up worlds of new opportunity to us, and trading is a perfect example of that. 20 years ago, buying or selling stocks, shares, bonds, commodities and so on meant acquiring the services of a stockbroker and […]
Opinion - What Mobile 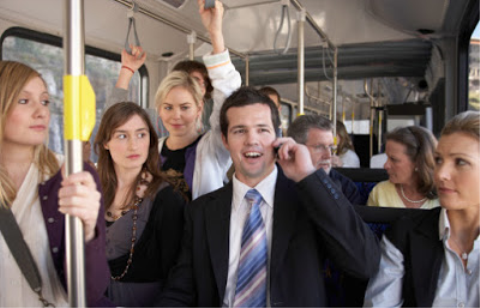