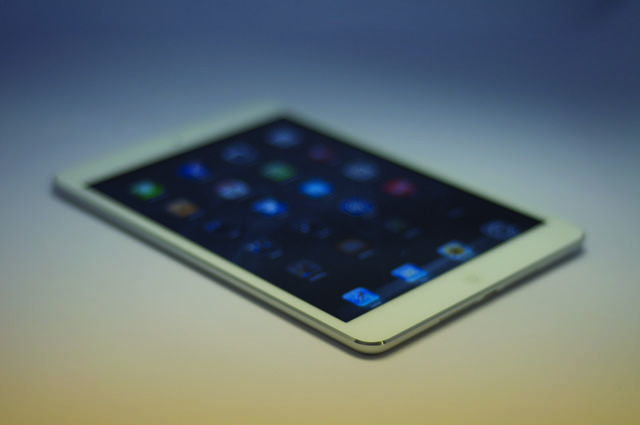 Is smaller always better?
So where does the iPad Mini fit in Apple’s grand scheme of things? It is, quite simply, a smaller version of an iPad 2 – despite Apple’s claims to the contrary.

Apple finally decided to take a dip into the 7-inch tablet market, the idea being to produce a portable version of its more prestigious 9.7-inch iPad line. It hopes the iPad Mini will combat the rise 7-inch rivals, such as Google’s Nexus 7, which have enjoyed domination of that market.

Unfortunately, the 7.9-inch profile Apple has chosen is simply too big to fit in anyone’s pocket, again despite Apple’s claims to the contrary. To be fair, 7-inch tablets aren’t terribly pocket friendly either – you need to get down to the sizing of the smartphone/tablet hybrids, such as the Samsung Galaxy Note (5.5-inches), to find this claim believable.

A mini iPad 2
The iPad Mini’s processor is identical to the iPad 2, a dual core Apple A5 running at 1GHz with 512MB of RAM, as is the GPU. Everything functions as it should, the interface remains buttery smooth and videos and music all run seamlessly – as they did on an iPad 2. So far we haven’t seen any severe app clashes or problems, it runs everything much as an iPad 2 would. Any problems we encountered with apps mostly stem from Apple’s troubled iOS6, which is producing problems.

The screen resolution remains at 768 x 1024 pixels. However, it is worth remembering this is on a smaller screen, which makes the screen appear slightly sharper than the iPad 2. For comparison, the Samsung Galaxy Note II (reviewed in our November issue) has a pixel density of 267 pixels per inch (PPI), and the iPad Mini’s key competitor, the Google Nexus 7 (reviewed in What Mobile’s September issue) has 216PPI. All three of these products look significantly better than the iPad Mini – a surprise for this reviewer expecting more from Apple.

Another annoyance is that the screen is significantly more reflective than its larger siblings, a problem also seen on the Google Nexus 7. Comparing the iPad 3 and iPad Mini side by side the difference is significant – the Mini’s screen gathers a lot more reflections from ceiling lights, sunlight and other distractions. Ramping up the brightness to full ameliorates the problem somewhat, but it remains a challenge to enjoy outside on a sunny day, or even in an office under bright fluorescent lights.

To be fair, matching the iPad 2’s specs is not a particularly bad thing, despite the price premium. The key advantage it has over the full size iPad 3 is its battery. While it retains a brilliant 10 hours battery life, it removes the shocking charge times seen on the larger iPad Retina Display models. Whereas an iPad 3 has to be left on charge for 6-8 hours to get to 100%, the iPad Mini charges at a rate similar to the iPhone range – a couple of hours at the longest.

A design masterclass
As expected, the Mini’s physical design remains stunning. While Samsung and Google have gone for hard shell plastic to keep their costs down, Apple hasn’t compromised. Those that have historically appreciated Apple’s industrial design won’t be disappointed, sporting a smooth brushed aluminium case that wrapping the device and feels solid and sturdy, especially when compared to Google and Samsung’s cheaper casings. The Mini is thinner and lighter than Google’s Nexus 7, coming in at 7.2mm thick and weighing 308g. The Nexus 7 is 10.5mm thick and weighs 340g.

While that seems minor, the difference is noticeable when holding the device for extended periods of time – such as reading a novel. It sits in the hand very nicely, with a good weight and cool to the touch. To keep to the form factor, the bezels on either side of the screen have also been trimmed, giving the device a more iPhone-like appearance.

In hand, the iPad Mini is vastly superior to any of its rivals and you do know you are holding a quality piece of kit. It feels tragic to have to put it into a case – while it feels far more tough and durable than rivals, with no bending or warping of plastic, it remains very easy to scratch.

The most controversial addition, and one that was covered last issue with the iPhone 5, is the Lightning Connector. This is a design decision that makes sense for Apple (it takes up less space in the device’s innards), but it does mean that all previous Apple chargers and accessories are completely obsolete – a bitter pill to swallow for those that have developed their own collection of tools over the past decade (Apple is selling adaptors for £25). The new connector works well, and feels less fragile than its predecessor, but there is no discernible improvement in performance – it doesn’t transfer data any quicker (it still utilises USB 2.0).

Built for video calling
One aspect that has seen significant improvement from the iPad 2 is in the device’s main camera, which is now 5 megapixels, a big jump from the iPad 2’s 0.7MP. Being a supposedly more portable version of the larger iPad, this makes sense – it will get more usage out and about.

The front facing camera also gets an upgrade, from 0.3MP (VGA) to 1.2MP, which makes face time and Skype far more attractive. This is also a jump from the iPad 3, which only had a VGA front facing camera. The difference is marked – compared to its bigger brothers the iPad Mini is a significantly better proposition for Skype and Apple Facetime.

To summarise, the iPad Mini is something of a conundrum. It really brings nothing new to the table except minor hardware tweaks and a new form factor.

The price point the iPad has been positioned at, £269 for the 16GB wi-fi only model, is much higher than its Google, Samsung and Amazon rivals – for a lesser product. Apple has decided to protect its margins rather than build a superior device.

The key advantage for the iPad Mini over the older iPads is that it supports EE’s 4G standards, so blazing web speeds are possible, and its great for video calling – although the iPad 4 also supports this feature.

However, it really is a shrunken iPad 2, which, in a word, is dated. On tech specs alone, especially the processor and screen resolution, the iPad Mini does not match up to its key rivals. It does however benefit from Apple’s trademark industrial design, and sits wonderfully in hand.

Apps remain key
The Mini of course benefits tremendously from Apple’s software eco-system – you will get all the same apps, access to the iTunes store’s music, books and films – the key advantage of any Apple product. This is hampered somewhat by the latest OS update, iOS6, which has had myriad of problems. At the time of print, several apps still crash or won’t load, again, due to iOS6. As the app developers patch these, it should clear up a lot of the mess.

Either way, this eco-system means that the iPad Mini remains competitive, even market leading and will sell millions.

But purely as a hardware device, the iPad Mini is a disappointment – unambitious, unoriginal and uninspiring – hardly what is expected from Apple.

Verdict
Consumers have come to expect excellence from Apple products. While the iPad Mini excels as a physical example of design, its technology is now severely dated and it brings little new to the table. Its form factor, 7.9-inches, is also not terribly portable – making the larger iPads a more viable proposition for consumers.

Note: This is a shortened version of the full review in Novembers issue of What Mobile, currently on sale at all good magazine retailers. 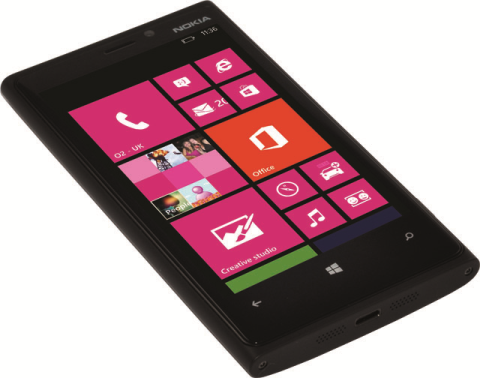 Review: Nokia Lumia 920
Nokia Lumia 920 www.nokia.com Network Temporary exclusive to Orange, T-Mobile and EE 4G. Price 4G – £36 per month and £129.99 upfront for 500MB of data unlimited calls and texts. Reviewer Scott Snowden Can Nokia’s new flagship kick the Windows Phone platform in to gear and save the company? Nokia has been floundering in the […]
Devices - Allan Swann 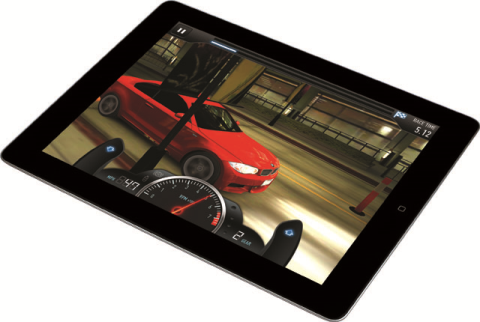 Review: iPad 4
Apple iPad 4 From £399 http://www.apple.com/uk/ipad Reviewer: Philip Brown Two full size iPads in a year ‘ is Apple pushing its luck? Everyone saw the iPad mini coming from a mile off at Apple’s recent October press conference; what they didn’t expect was a new full size iPad to go with it. Apple did a […]
Devices - Allan Swann
Sony Xperia T review
Sony has had an impressive run of late, releasing a stream of high-quality phones at all price points. It’s now aiming for its biggest launch yet with the Xperia T – a feature-packed Android device billed as its new flagship smartphone. Even James Bond has been spotted using one in the movie, Skyfall. When we […]
Devices - What Mobile
Doro PhoneEasy 715 review
While Doro may not be a brand you’ve heard of before, the Swedish firm has been building a name for itself for many years, crafting thoughtfully-designed phones aimed at less tech-savvy elderly phone users. The PhoneEasy 715 is its latest creation and with its sturdy build, great ease-of-use and well thought-out design, it provides a […]
Devices - What Mobile