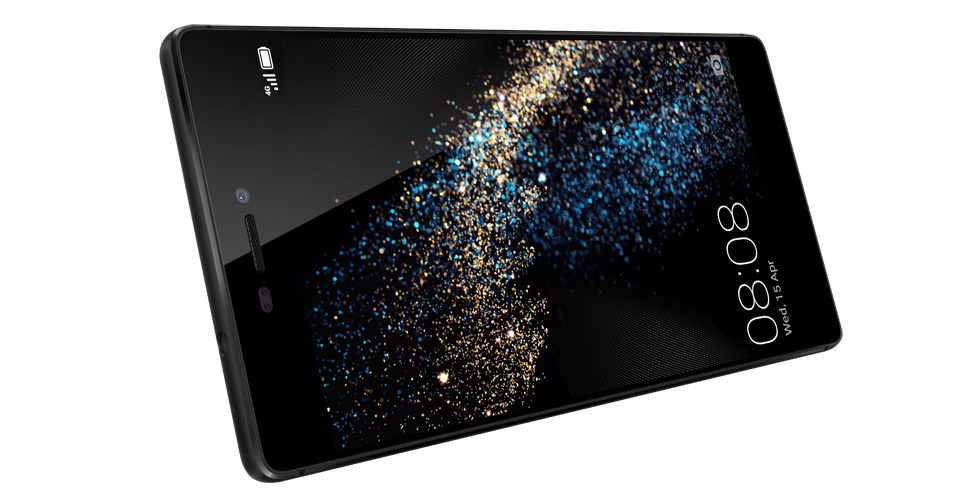 OnePlus, Xiaomi and Huawei are the main brands you might not have heard of leading a Chinese assault on the Western mobile phone market. Huawei has established itself as the more notable of the three. Its P series flagships, which combine sleek design and high-end hardware on a budget, has helped it gain some notoriety in the west. So let’s have a look at the P8, Huawei’s latest flagship. Could this be the device that helps the brand establish itself outside of China?

It wouldn’t be surprising when you consider the P8’s price. A £395 16GB model brings high-end hardware, fluid software and eye-catching design for half the price of a Samsung Galaxy S6 or iPhone 6.

The 64GB version isn’t that much more expensive at £465 either.

The P8 is unfortunately beaten on price by the £179 OnePlus One, another Chinese phone.

So here’s a high-end smartphone that won’t damage your wallet as much as £799’ish devices from Samsung or Apple.

Is the £380 price worth it or should you spend a bit more on a Galaxy S6 or iPhone?

A first look at the P8’s rectangular body invites similarities with the Sony Xperia Z3. That’s not necessarily a bad comparison as the Z3 is one of the most attractive handsets on the market.

If it wasn’t for the speaker and camera at the front the case would otherwise be a black slab. It’s a nice touch that Huawei has decided not to plaster its branding on the screen.

The back of the phone is equally as attractive as the front. An aluminium jacket adds a premium quality feel, whilst the camera and flash unit both lie on the corner of a black strip at the top. The Huawei logo is in the middle.

The 5.2-inch screen makes the phone easy to grip with one hand, whilst its slim 6.4mm body makes it slimmer than the iPhone 6. You’ll have no problems locating the volume and power buttons along the edge, whilst two discreet trays house wither your nano SIM or MicroSD card.

The Huawei P8 is available in four colours; mystic champagne, carbon black, titanium grey and prestige gold. Only the 16GB models are available in champagne and grey, whilst black and gold colours are 64GB P8 exclusives.

The Huawei P8 packs a 13MP rear camera with dual-LED flash, whilst selfie lovers will be more than happy with the 8MP front-facing camera.

Huawei claims that the P8 comes with the world’s first four-colour RGBW imaging sensor, best-in-class optical image stabilisation and a DSLR-quality imaging signal processor. All this fancy technology combined allows the rear camera to produce vibrant and near-professional quality images with very little blur, regardless of how jittery your hands may be.

A quick double tap of the lower volume button allows you to take rapid shots even when the device is locked.

This works well and the phone will even smugly display the time it took to snap an image. Not every shot we took was in focus, however, so the feature isn’t perfect.

The P8 even comes with All focus, its own background defocusing effect. This lets you adjust the focus of a shot after taking it. Whilst its a decent feature, it’s nowhere near as great as similar features found on the Honor 6+ and Samsung Galaxy S6.

‘Super Night’ mode (see below) did impress us, however. It’s perfect for taking photographs in darker settings.

All you need to do is keep the P8 still or use a tripod when shooting with the feature. The photographs we took had a good balance of colour, detail and very little noise or distortion.

Each creates a photo displaying trails created by car lights, street lights or flowing water. It sounds like a cool feature on paper, but it was a little frustrating when used in real life. You have to keep your phone incredibly still and the pictures we took were either overexposed or taken over with a messy tangle of light trails.

The phone’s full HD display isn’t as nice to look at as the S6’s or the iPhone’s when watching videos or playing games, but it’s bright and colourful enough to make everything stand out anyway. There are no physical buttons to get in the way of the screen, either, giving you a larger viewing area.

A 5.2-inch screen makes it perfect to hold in one hand and reach all its areas without any trouble, much easier to handle than the massive LG G4 or HTC One M9.

The 3GB of RAM means it can handle games and software with very little stutter and lag. It isn’t as fast as the iPhone 6 or Samsung Galaxy S6, but the difference isn’t really a deal breaker, especially when you consider the cheap price.

The graphics on games were decent, too. It’s not as vibrant as the Samsung Galaxy S6, but it should still be perfectly fine for most.

Like all recent Huawei and Honor handsets, the Huawei P8 combines Google’s Android 5.0 Lollipop operating system with its own Emotion User Interface.

This makes the design of the software similar to Apple’s iOS and, although it has improved over the years, there are still some slight hiccups.

Each app icon has been given a slightly childish skin, which may put some people off. You can download different themes, however, so there is a solution to that problem.

There’s also no app tray. The app tray is where you store any apps you don’t want cluttering up your phone’s home screen.

This means your P8’s homescreen will be jam packed with dozens of folders or unwanted apps. It’s not a problem that’s exclusive to the P8; an app tray is absent from other Huawei and Honor handsets. We really hope that Huawei gains the sense to add this in an update and to its forthcoming devices, especially when its major rivals have quite rightly included it on their phones.

The Huawei P8 does lack bloatware apps, which is a positive it has over its competitors. Bloatware is the software that a manufacturer preloads its device with. The lack of bloatware in the P8 means your phone’s memory won’t be weighed down by needless and useless apps.

You can even choose to have a picture slideshow as your lock screen, so you’re not restricted to just a single picture. However, you can’t open apps from the notification screen, so you have to fiddle around with unlocking the phone and then finding the app to check your notifications. The keyboard hasn’t got the biggest keys either. If you’ve got big fingers, you’ll probably hit more than one button and make regular typos. You can also double tap the screen with your knuckle to take a screenshot. This worked for us each time and is a nice, easy alternative to holding two buttons at once.

Like most top-range phones such as the iPhone S6 and Samsung Galaxy S6. You u

can’t remove the battery. That shouldn’t be a problem, however, as we managed to get a full day out of the 2,600 mAh cell without any trouble. There was the odd occasion where we needed to charge it at the end of the day, but that was rare.

Heavy usage with Bluetooth, RunKeeper, Spotify, gaming and photography did take its toll on the device and I had to charge it within half a day. The S6 and iPhone 6 both suffer the same problems, so it’s not uncommon.

There is a useful power consumption monitor on the P8, which tells you which apps are using the battery the most and allows you to switch them off. You can choose which apps you want to function or switch off when it’s in standby, helping you preserve more power.

More Stories
Apple iPhone 6s review
[highlight color=#336699 ]Introduction[/highlight] Apple’s interim ‘s’ phone reaches its sixth iteration, but can it be more than just a precursor to the inevitable iPhone 7? Is it that time again already? Every September for the past few years, Apple has chosen to hold an event which focuses around the launch of new iPhone device. This […]
Devices - Thomas Wellburn