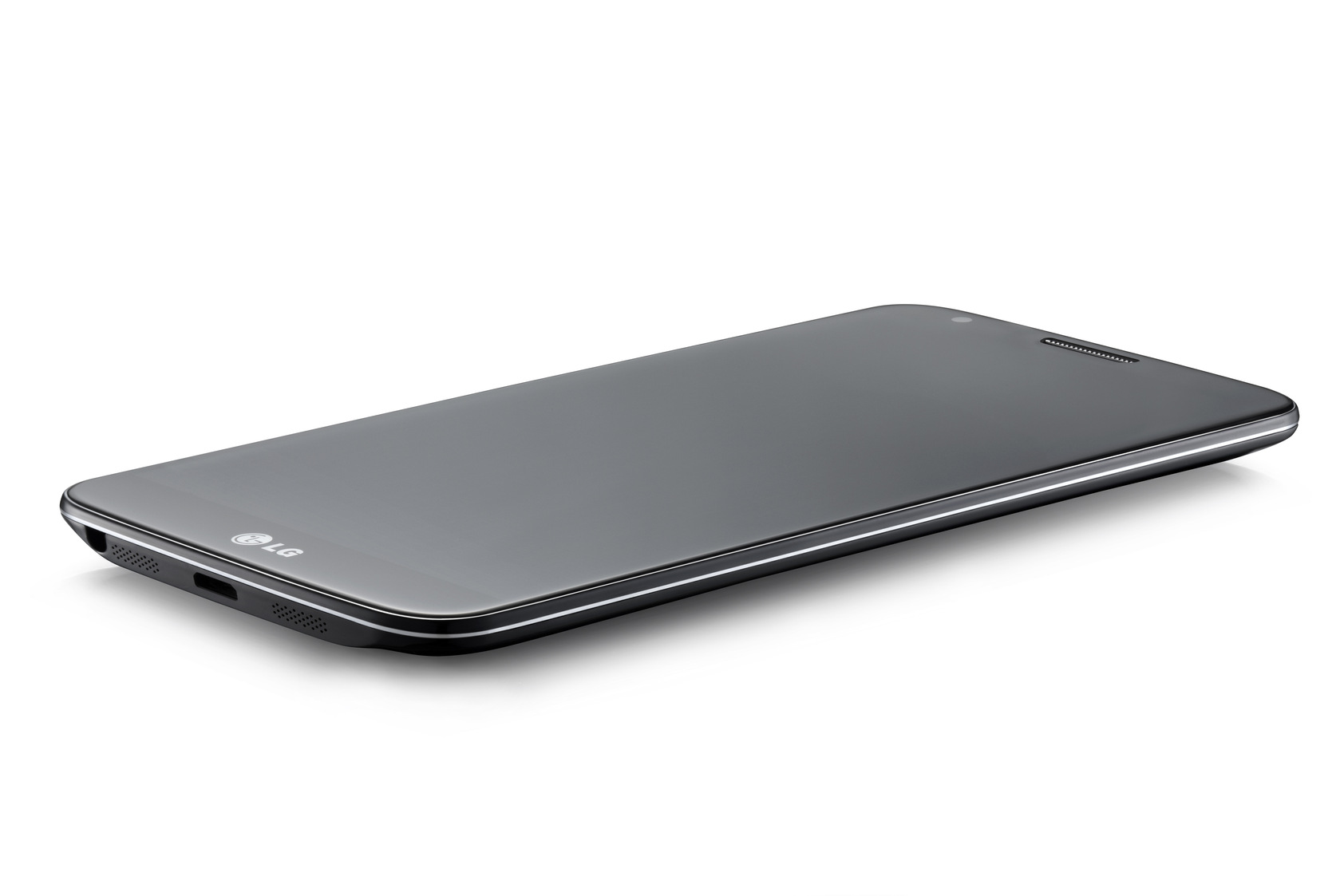 As you get used to the LG G2 you may find yourself asking “why isn’t this thing bigger?”

No, we don’t mean literally bigger, as the 5.2 inch display has more than enough space for any task you could ask of a smartphone. But it’s evident that, in the G2, LG has tried hard to bring us a top device, and it succeeds ‘ if only in some ways.

LG hasn’t exactly been leading the way in the smartphone game, despite its successes with Google’s Nexus 4. The South Korean manufacturer has survived thanks to brand recognition and reliability, but the company has lost the plot in the UK in recent years with a lack of competitive products. Why doesn’t LG get mentioned in the same breath as Samsung and Apple anymore?

Will that change with the G2? Possibly. This is a phone that is working its hardest to gain your attention. But a few glitches and stiff competition are ultimately going to hold the G2 back from reaching its full potential.

The 5.2 inch display is one of the G2’s best features. With its 1080 x 1920 pixels, the screen looks absolutely gorgeous when it’s at its brightest. There’s plenty of real estate to appreciate it all on. LG has installed a demo video that shows amazing detail. The only problem is you then notice the lower quality of the videos you end up watching and recording.

Youtube videos are as clear as you need. They can be replayed run at 1080p and at 60fps, which is better performance than the G2’s competitors. Playback looks great on the screen’s large size too. If you like streaming movies to your phone then the G2 is definitely worth your consideration.

On the Android 4.2.2 Jellybean OS, many apps can be loaded at once so you can keep them all on your home screen instead of selecting a few for display. At its brightest setting the screen accurately tracks finger movement for handwriting and it can be a serious note-keeping device. An optional stylus would have been a perfect addition, as your pudgy fingers will get in the way of whatever you’re trying to write or draw. It’s surprising how nice the screen surface feels. A smooth, friction-free surface encourages your fingers to dance all around the device.

So much of the G2 is dominated by the display. Otherwise it resembles other modern smartphone designs and fails to set itself apart. But the phone looks and feels solid.

It’s coated in a rubbery texture, helping to maintain a firm grip. It would have been nice to see it use aluminium like the HTC One to make it feel more expensive. The back cover is a snug fit. Volume and power buttons all can be found on the back of the phone. This may cause accidental activations depending on the way you hold the phone. Our natural grip managed to avoid any accidental bumps, but you may not be so fortunate. The buttons are unusually large which tend to encourage mistaken prodding. Big buttons on the back feel like LG has implemented change for change’s sake. We seriously doubt people have ever had an issue with the usual placement of power and volume controls on the side or front. It doesn’t help when they get in the way when you are trying to take a photograph or switching between horizontal and vertical views.

It also comes in about a millimetre thicker and slightly heavier than some of its competitors. This isn’t very noticeable in practise but it is a shame it doesn’t measure up to what’s possible.

The G2 has some unique features. Instant app switching is handled with a three-finger swipe across the screen. This ability to juggle apps without returning to the home screen or digging around the various menus is certainly appreciated even though the maximum number of fingers that can comfortably swipe along as screen is two.

Clipboard holds various files, pictures or text for pasting into another document or app. This eliminates the need to jump back and forth when multitasking around the web and using social networks. It’s useful to be able to copy multiple items such as links and images and keep them in the Clipboard for as long as you need. The G2 we tried had a big issue with Twitter. We could copy a website link into a post but then the Twitter failed to shorten it, thus eating up the Twitter character limit. Pre-installed apps like emails compatible with a range of options and accounts position the phone as a work device so chances are it will cover whatever you need for work. However, a lot of these are unnecessary, and clog up the phone before you’ve had the chance to install your own additions. It would have been better to lay off of the sheer number and allow the user more freedom.

User interface is another issue. While the screen size allows for plenty of space, confusing design means the G2’s doesn’t use its screen to its full potential. The notification bar tries to include an array of options but ends up being very cluttered.

The double-tap screen locking system is good idea. But you’ll soon find yourself unlocking the phone inadvertently, such as when putting it away or turning the screen off while using it. It’s much better to stick with the usual power-button lock, although its position on the back doesn’t help.

The Snapdragon 800 2.2GHz quad-core processor handles the device’s software without issue. The G2 is a powerhouse in this regard. Loading apps and switching is instant and processor-hungry games hold up well. Web-browsing is fast and fluid, while the phone manages multiple tasks without a hitch. While you’ll hardly ever notice any issues on screen, the device’s heating is another story. The G2 generates heat after just a few minutes of web browsing making it hot to hold. This warmth soon becomes off-putting. We’re not really keen on a smartphone as a pocket hand warmer, despite the approach of winter. It dissuades you from using the phone for a long time.

The G2’s 13MP rear-facing camera works well on the big screen as a viewfinder, showing up tiny details. The built-in stability control tries to compensate for shaky hands, but it’s not always successful. The software includes a range of options for camera modes to help you optimise a photo, and the flash avoids whiting-out any snaps. Zooming degrades the original image quality as does tweaking them with the editing tools. Some of the snaps we took looked smudgy with slightly-faded colours but still looked good on bigger computer screens.

We did note an increase in colour saturation when taking photos outside. The camera clearly struggled to cope with some of the conditions when shooting outdoors. The front 2.1MP camera compares favourably to its competitors, though this is more of a necessity given the screen size.

Video recording copes well with the demanding screen. Being able to shoot in 1080p is a standard feature for flagship phones by now, but the LG’s screen really capitalises on it. There’s a slight dip in the quality of a moving image from the still images. The screen can also be cluttered with the sheer amount of options, making it a complicated system to use. But we were able to record bright, detailed clips. An integrated video editor that allows for some adjustable movie making on the fly is also a good feature. It doesn’t allow for anything too complex, but lets videos run side-by-side, giving you the chance to shoot videos similar to what you might find on Vine.

The LG’s audio capabilities are very good. Calls are clear easy to hear, with the volume buttons letting you adjust to busy areas with ease. It also supports 24bit/192kHz audio playback which is impressive. This is best experienced through a premium pair of headphones however, as the internal speaker will not capitalise on them, and videos played through that speaker won’t sound all that impressive.

The phone can run both 3G and 4G connections, and never struggled when it came to signal and connectivity.

Results on the non-removable battery life were something of a mixed bag. The 3000 mAh battery ran flat from 4G tethering in just under a working day. Tethering is a demanding process for any battery, but the G2’s life span does pick up considerably when using it as it should be. We used the phone for a full day and it still had about 10% of its battery left.

Because of this overnight charging is essential for anything other than casual use, unless you run the display on a very low brightness setting. If you are using the phone much more casually than this then you will get around two days of use out of it which is very good for a phone of this calibre. Charge times can also vary. On USB cable to a computer it can take over six hours. Mains charging is a lot faster, taking about four hours to reach full bar.

The G2 has a lot of things going for it. It’s a powerhouse phone with excellent performance that also features a great screen, impressive battery life and a good camera. But LG has some way to go if it wants to catch up with Samsung and the G2 won’t do the job. A lot of the additions to the features such as the clipboard are helpful but also superficial and it heats up far too quickly, but it has a vibrant display which really is the core of this device as well as its impressive performance. Ultimately you’re still better off with its competitors but this is a phone that will happily manage all you ask of it, as long as you don’t turn it off accidentally.

Despite its impressive performance, long-lasting battery and excellent screen, the G2 doesn’t quite hold up next to its competition. It doesn’t lag behind in any one area, but doesn’t truly excel anywhere else either. It won’t give you any hassle aside from its heating issues, but this isn’t a best-in-class phone, and that’s what a flagship from a company like this really should be. 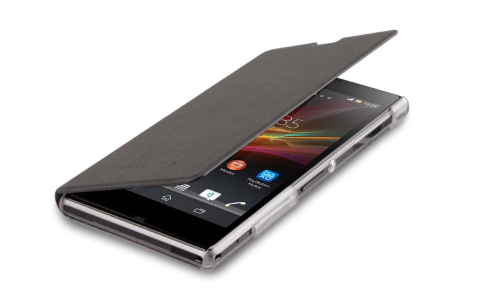