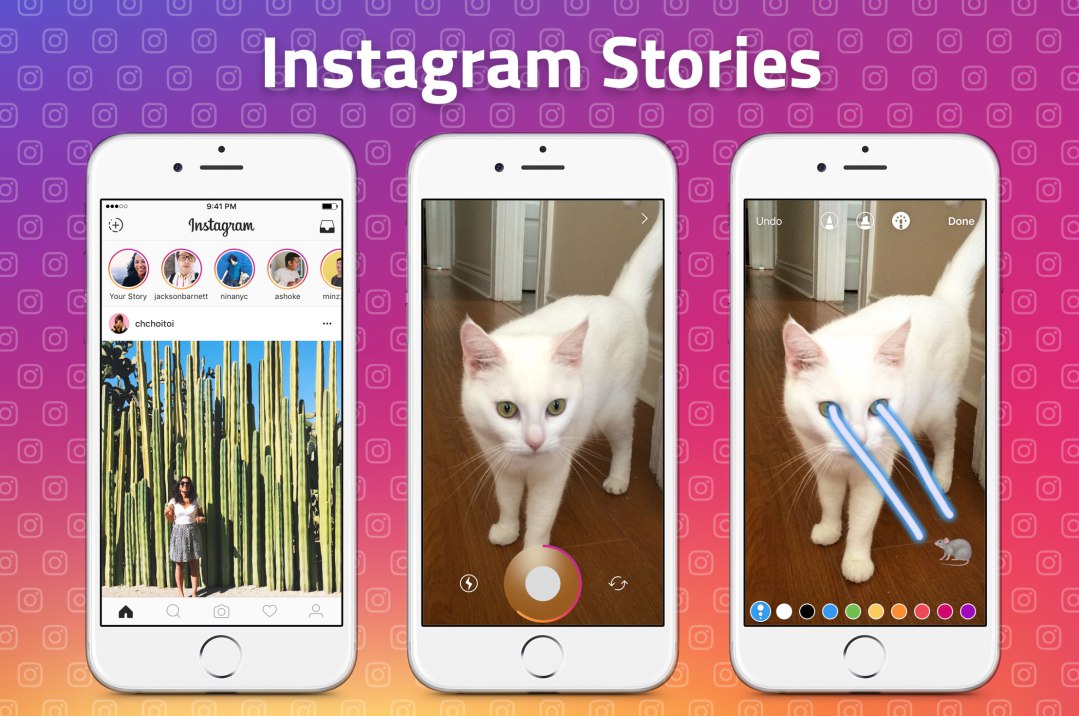 Instagram Stories brings all the features associated with Snapchat to the social network, subtly integrating them into Instagram Direct.

Instagram has today started rolling out a new ‘Stories’ feature which seems to bear quite a resemblance to what Snapchat implements within their own application. So much in fact, that the Instagram CEO Kevin Systrom has himself admitted that they took inspiration from their fellow competitor.

Systrom claims that many moments are missed on Instagram due to the special nature of the app; people tend to only capture particular moments rather than documenting their life in a series of goofy snaps.

The new Instagram Stories mode aims to fix this, by displaying images shared throughout the day in a seperate timeline format that can be quickly viewed. Each photo or video will only last for 24 hours before they are deleted within the application, never to be viewed again. Sound like Snapchat? You’ll be able to add filters, doodle on the pictures and layer additional stickers, before sending them to your friends.

Systrom says that Stories is a place for content that is not “good enough” for the Instagram feed; basically all the general day-to-day crap that nobody really cares about too much. The fact it deletes after 24 hours means that you needn’t worry if that photo was poorly framed or visually uninspiring.

Although it sounds like a direct clone of Snapchat (and probably is in the basic sense), it’s the implementation that makes this a solid idea for Instagram. The company won’t be integrating things into a single feed, choosing to keep both features separate within the application. The service will work as part of the Instagram Direct feature, meaning you don’t need to opt in if you don’t want.

Instagram Stories will roll out to Android and iOS users over the next few weeks.