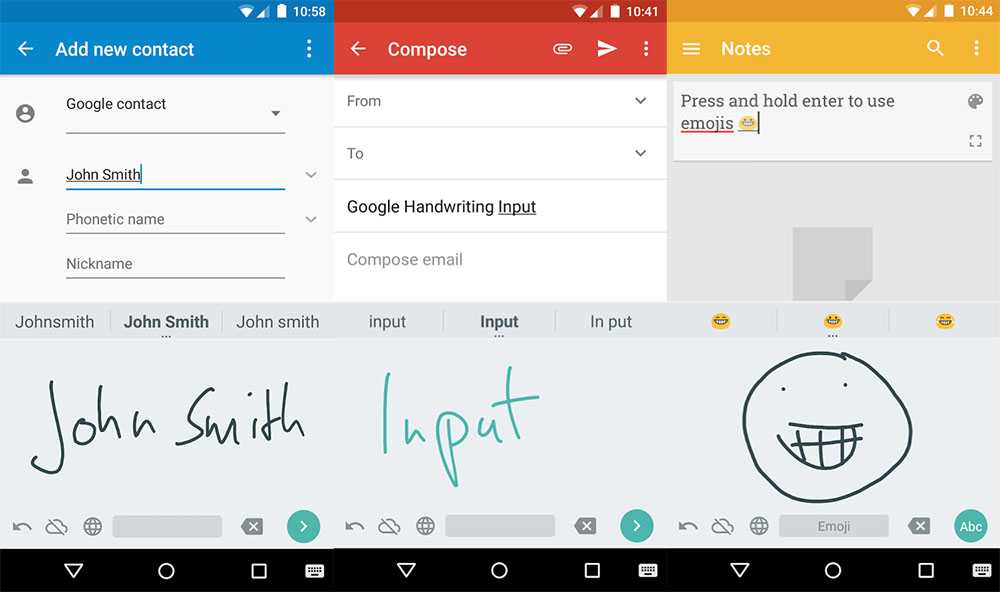 The Google Handwriting Input application has been updated to version 1.7, bringing plenty of fresh languages and Android N support.

If you’re the type of person who prefers to doodle your words instead of typing them, you’ve probably downloaded the Google Handwriting Input. The quirky little app allows you to draw your words, which are then transferred into text. After adding Arabic, Persian, Urdu, Hebrew, and Burmese in the 1.5 update, Google has today bumped the version number up to 1.7 which includes even more fresh enhancements.

There’s also the additional support of Android N, meaning those who are using the developer build will be able to install and use the Google Handwriting Input from the Play Store.

The Google Handwriting Input can be downloaded from the Google Play Store. Those who download it can choose to use it either as their dedicated input method or in tandem with the Google Keyboard.