At its keynote Mobile World Congress today, Nokia announced plans to launch four  new devices, including the Lumia 720 and 520.

There has been speculation about the ‘missing’ Lumia, since the series ran from 620 to 820 onwards, and the murmurs may now cease – the 720 has arrived, due to launch in Hong Kong, Vietnam and Singapore in March 2013, before continuing on to China and key markets in Europe, Asia, Africa and India, with a price tag of Ã¢¬249 ( £218) before taxes and subsidies, Nokia said.

It’s being billed as a high-end camera experience in a mid-range phone, with an f/1.9 aperture and the Carl Zeiss optics Nokia says it usually reserves for its flagship phones, as well as the company’s best “front-facing camera performance.”  It packs a 6.7 MP camera with LED flash and 720p and 30 fps video.

It will run Windows 8 on a 1GHz processor with 512 MB RAM and 8GB storage with microSD expansion options, and so will run with Nokia Music,  have NFC enabled and have the option of wireless charging covers.

Nokia is billing the 520 as a Windows Phone 8 experience at an affordable price.

The phone runs a 5MP camera and  HD video at 720p 30fps  with a panorama option, and runs 8GB of memory with the option to expand via a microSD slot.

It has a fairly impressive processor, the same as its bigger brother the 620, with a 1GHz dual core Snapdragon at 512 MB of RAM.

Also like the 620, it comes with the pre-loaded Windows Phone 8 apps such as Nokia Music, and has removable coloured covers, in case you fancy a change.

The device will ship for Ã¢¬139 ( £122) before taxes and subsidies in March 2013, starting with Hong Kong and Vietnam and then moving to markets in Europe, Asia, Africa and Latin America, as well as the US and China.

Billed as Nokia’s most affordable phone at Ã¢¬15 ( £13.1), the device has an FM radio, flashlight, colour screen and support for Nokia Life service, the company said.

The 301 was a reinvention of the feature phone for 2013, Nokia said, marrying the candybar format with the design and colour of Lumia smartphones.  It runs with a 3.2 MP camera, Microsoft Exchange capability and social apps.

Nokia’s excellent mapping service HERE will be made available for other Windows Phones in “select” markets, the company said.

Another one for the books: the platform would be licensed to Mozilla for its Firefox operating system, Nokia said.

And looks like Nokia and Microsoft are trying to address that old app problem – imaging, location and music APIs have been opened to developers such as Foursquare to build exclusive apps for the Lumia series, as well as a “whole bunch” of third party apps for both the Lumia and Asha series, Nokia said. 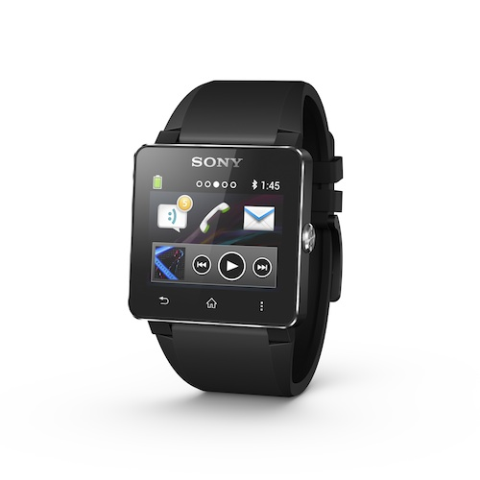 Samsung confirms watch in the works
Samsung’s executive vice president of mobile has confirmed a smart watch is on its way.
Accessories - Alex Walls