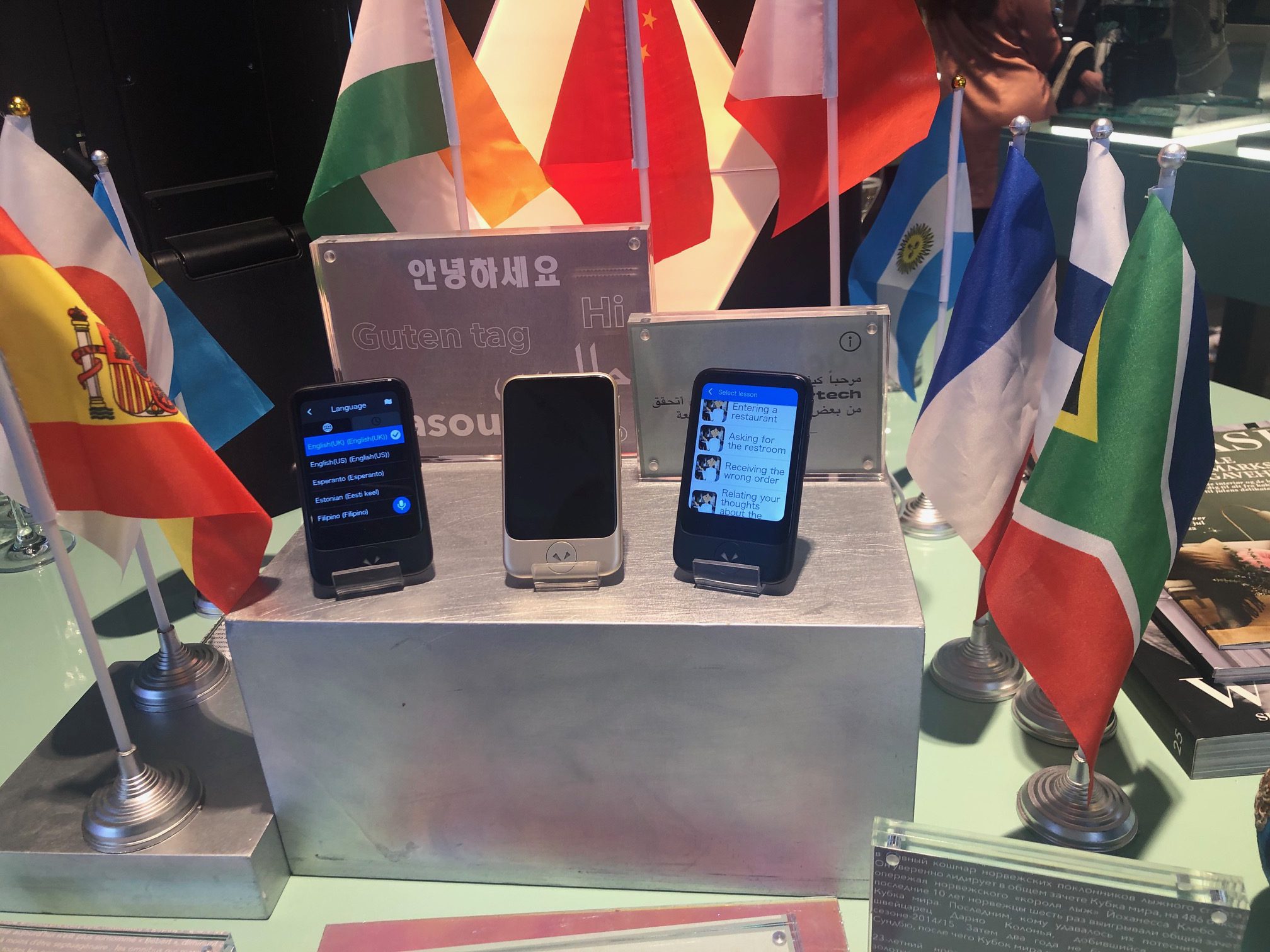 The Pocketalk S is available for £259 via Amazon

A few months ago we got the chance to review the Pocketalk portable translator which I thought was a great little device but it did have its limitations. We now have the Pocketalk S which considered the limitations of the past and removed them and also introduced some very cool new features to really break down any language barriers.

The Pocketalk S has lost a little of the size of the first version and you will have noticed now only have one button when it comes to the controls. The Pocketalk S has also changed from being circular to now a square version of the device. 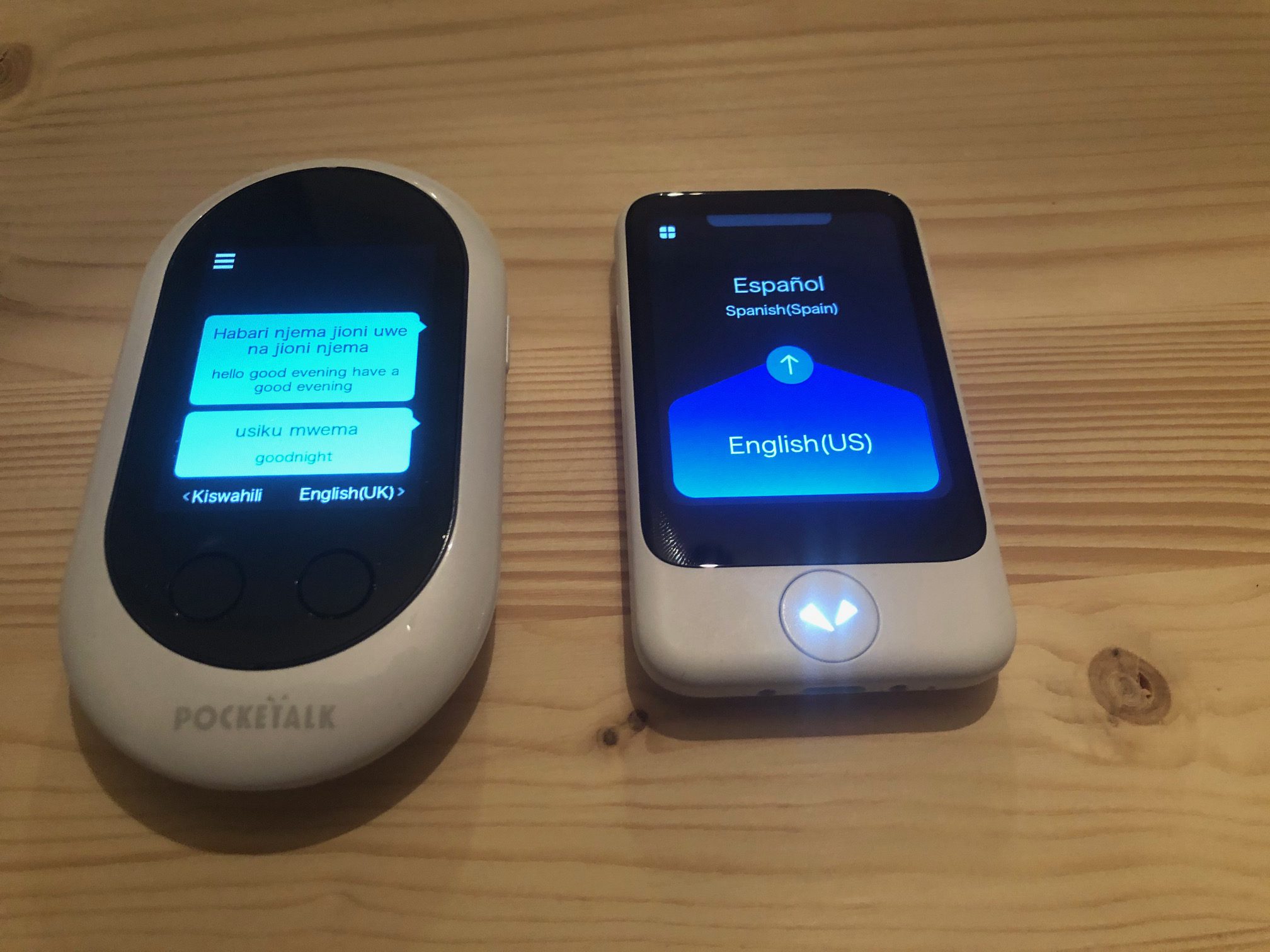 This device is available in 4 colours Gold, Black, Red and our review sample that is White. 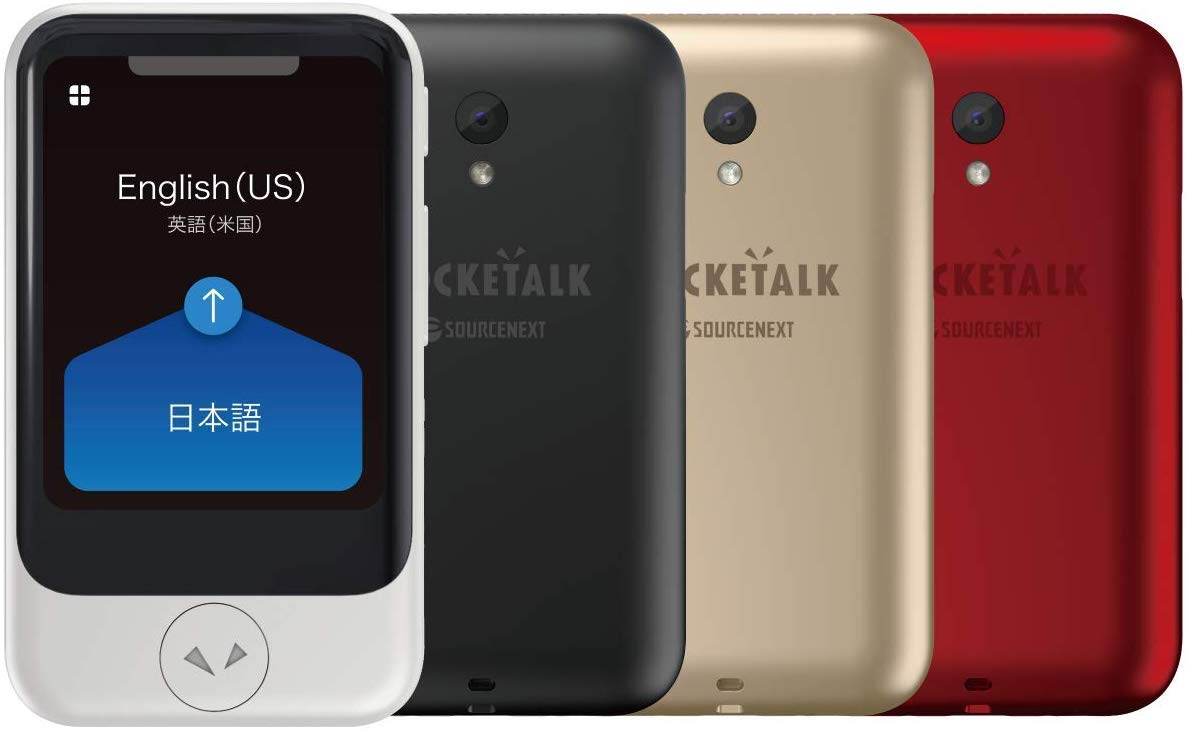 What’s new with the Pocketalk S is the following:

Looking under the bonnet of this translator and its run by an ARM Cortex 53 Quad-Core processor. The device needs to be connected all of the time so you to be linked to Wi-Fi but you also get a built-in sim card for when you are unable to connect to Wi-Fi.

The Pocketalk S has also given you two hight quality speakers and a noise-cancelling microphone to join the ability to translate 74 different languages. The battery life gives you up to 2 days of standby and 4.5 hours of continuous translation. When you need to recharge you are given a USB-C cable and it takes just over an hour to charge.

Using this device for translation was very fast and effective and allowed me to communicate with my Maltese Grandmother with ease.  What I really like about the Pocketalk in the extra features you are given such as: 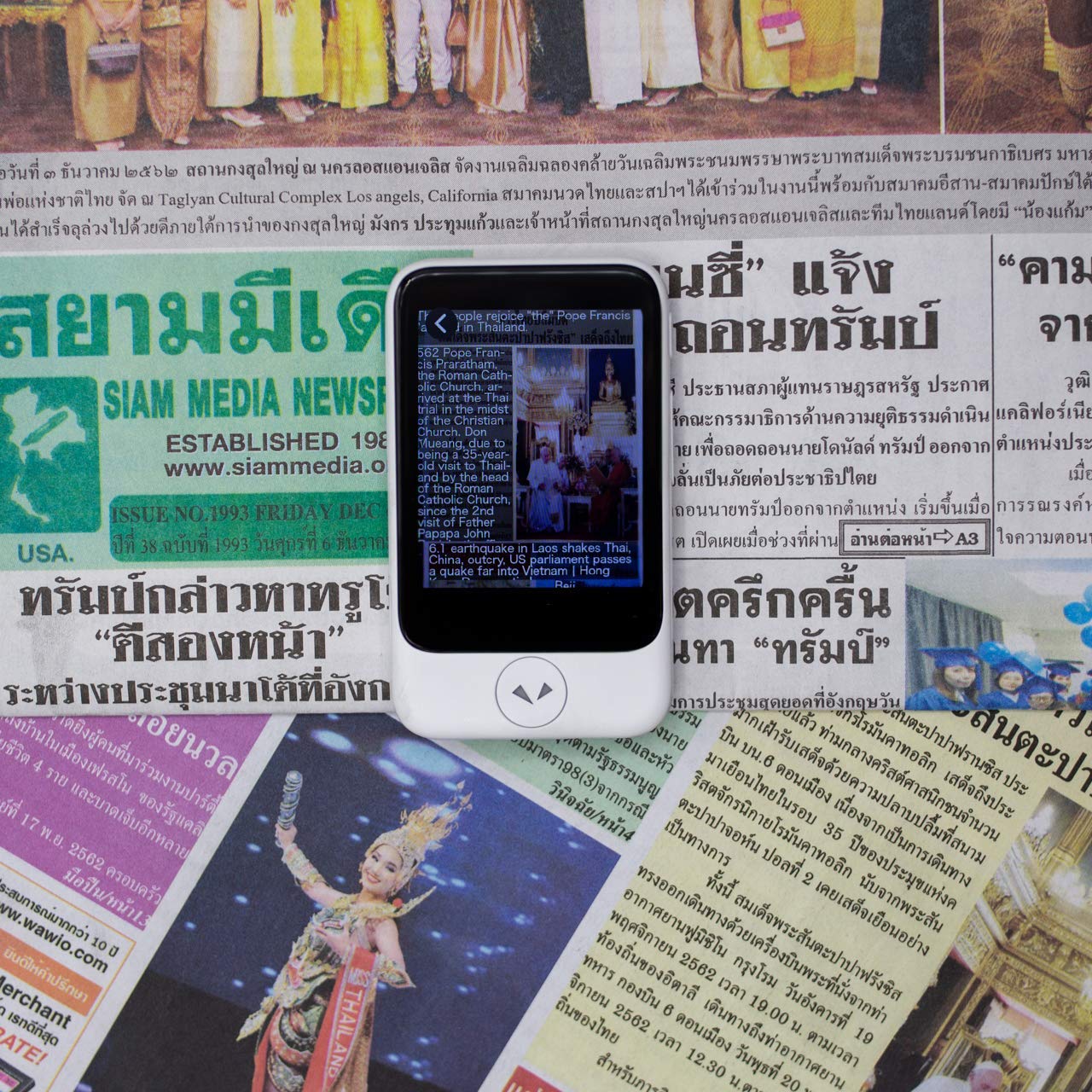 This device also allows you to get real-time conversions for things like a currency exchange which is ideal when you’re on holiday but also gives you conversions for length, weight & temperature making this device useful all the time. 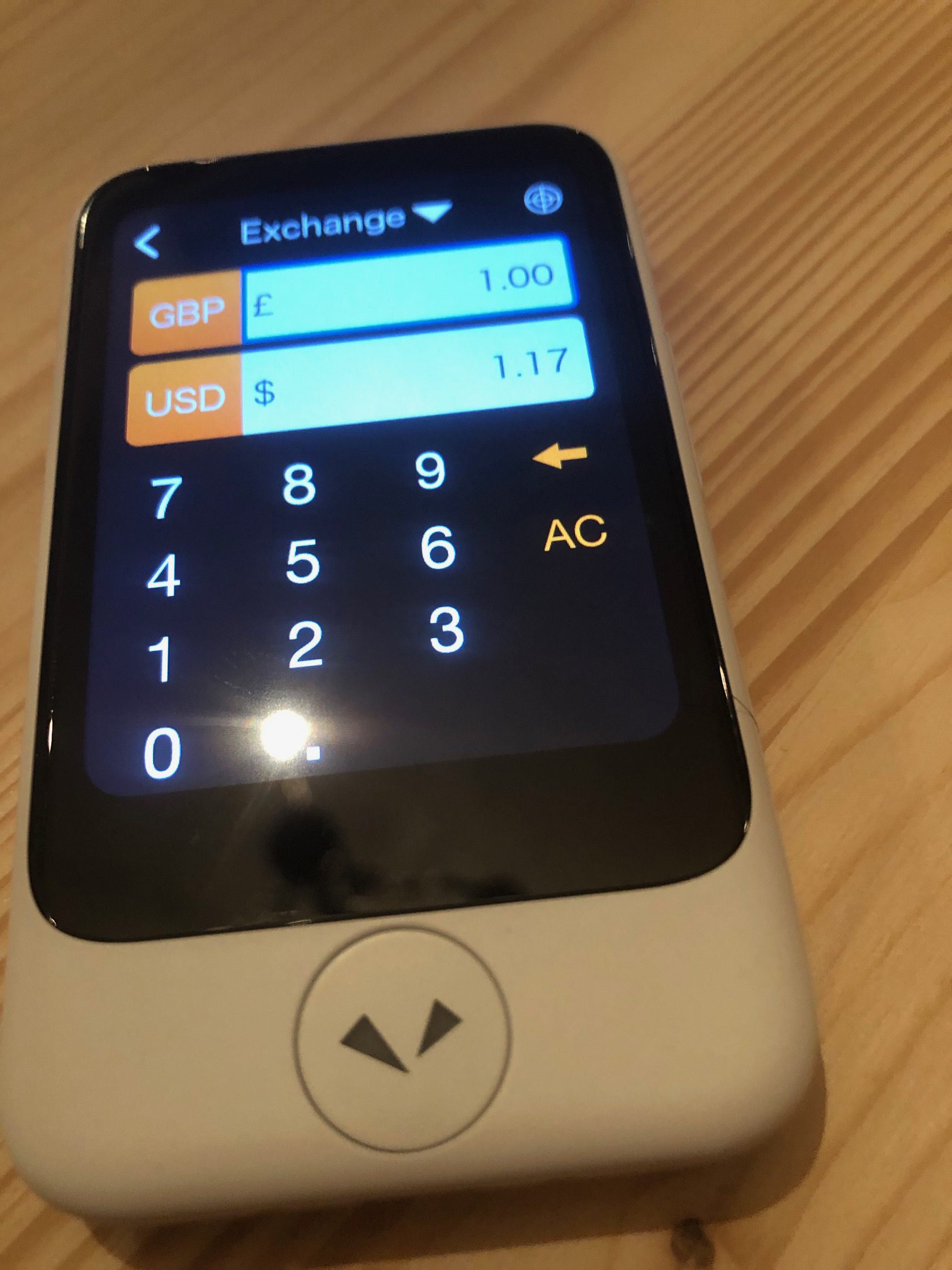 The Pocketalk also has a role play set up that I have found very useful in helping my kids keep up with there languages by setting up a scene like an airport or restaurant for example and then it has lessons where you learn to have a conversation based on the scenario such asking for directions or even ordering a meal. This kept my sons entertained for hours and I have seen a difference in improvement in their language skills. 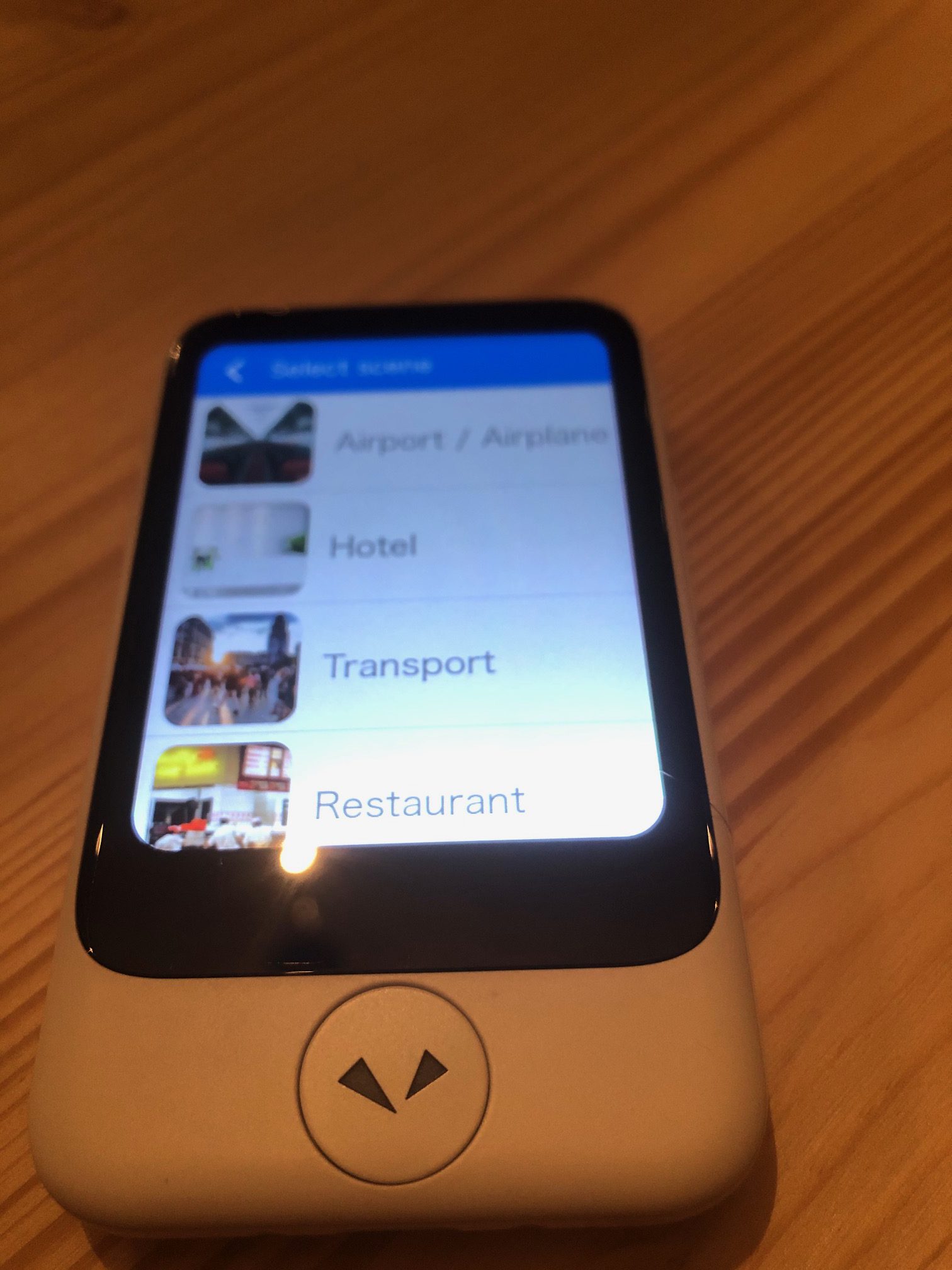 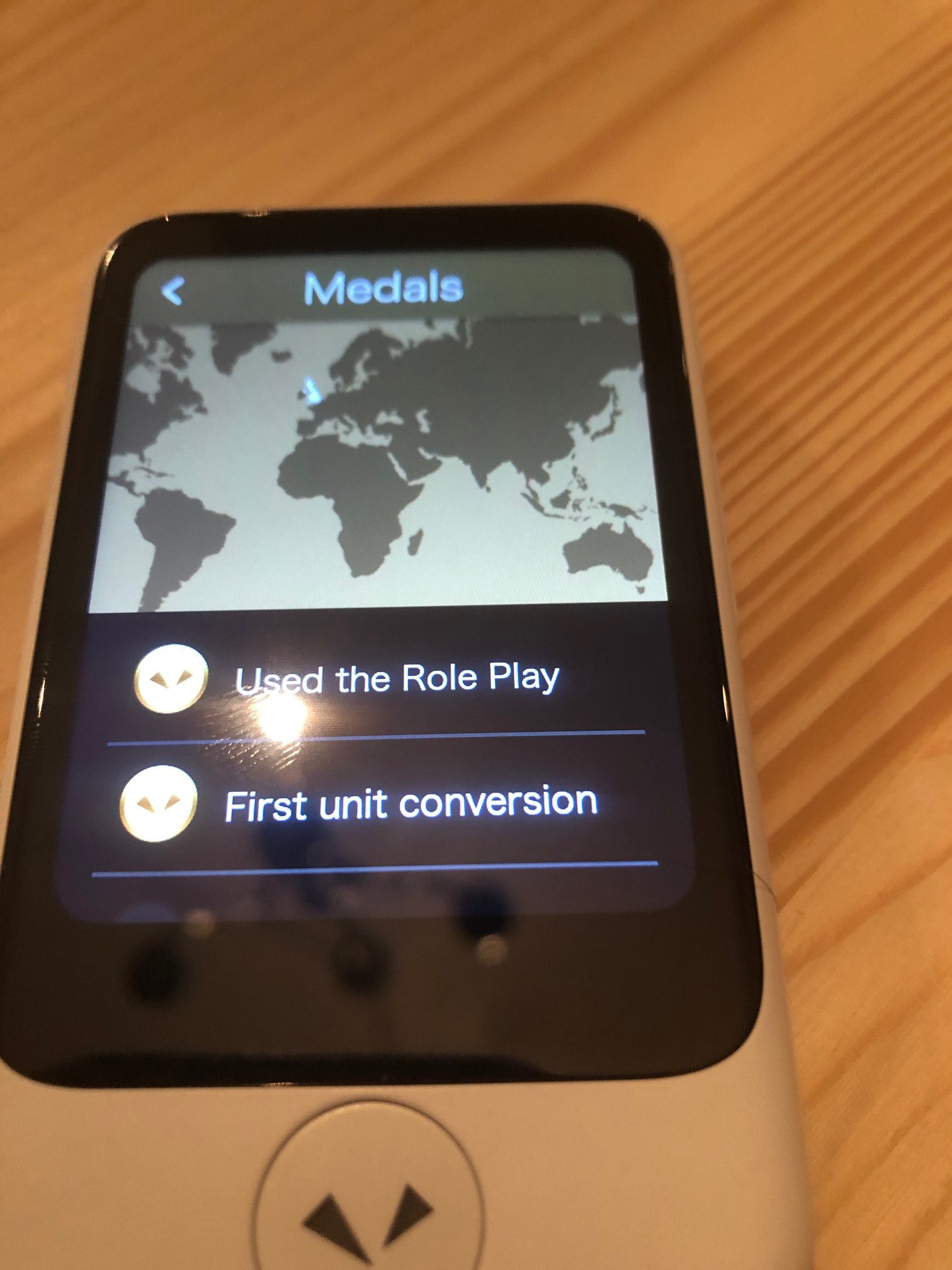 Moving onto the price at £259 some might question the price and say you have google translate in your phone why do you need this?  Well, the answer is simple this device is very accurate because it’s using a number of search engines at once for the answer. It’s also very fast in terms of translating.

The Pocketalk S is also packed with features such as the ability to just take a picture of a sign in a different country and it will simply translate.  Unfortunately, I was unable to test this as the current Corna Virus outbreak has cancelled a trip to Copenhagen I was going to bring this device to test it but will update once we are safe to travel again.

What really makes this device stand out is the role-playing mode as this really does improve your ability to learn a new language.

So yes its a little expensive at first but if you took this device travelling or using it for work if your job involves speaking to someone from a different country this is a great device and with the extra features it could become a valuable travel tool. It’s also a nice improvement on the original.

The Pocketalk S is available for £259 via Amazon 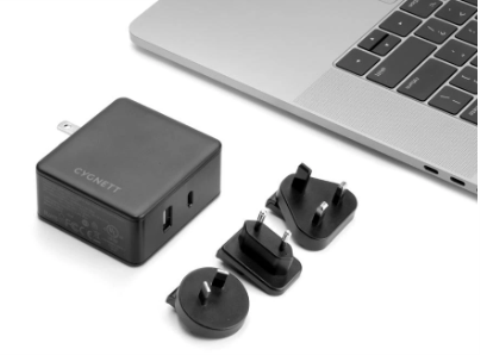 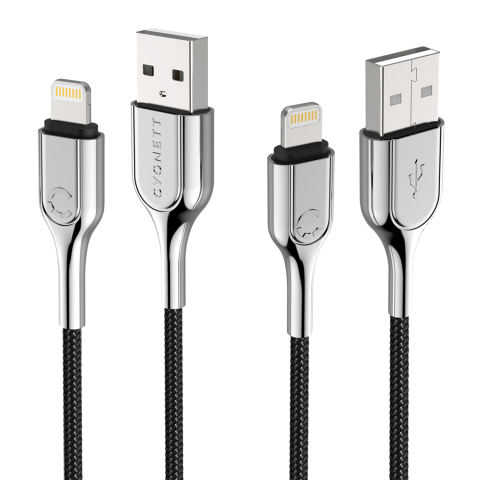 Review: Cygnett Armoured Cables for IOS or Android
Working from home might make you realise all these times you have just used the one charge cable this is not enough as now you need better quality charge cable and Cygnett have a range of armoured cables that are robust and come in different lengths to allow you the freedom to move around the […]
Accessories - Stephen Watson 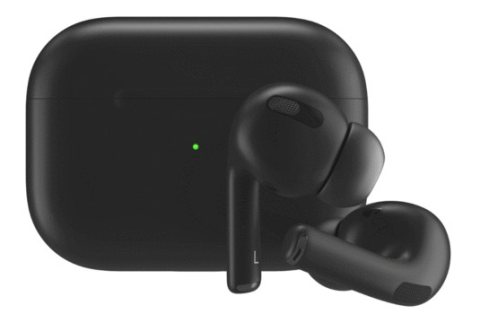 Review: Blackpods Pro
Since Apple brought out their airpods and airpods 2 there has been a flow other companies trying to create copies or alternative models but for a cheaper price. We have been sent a pair of Lectrify Blackpods Pro.  The Blackpods Pro retail for $69.95/£56 so they fall into the budget sector of the market.  The […]
Accessories - Stephen Watson 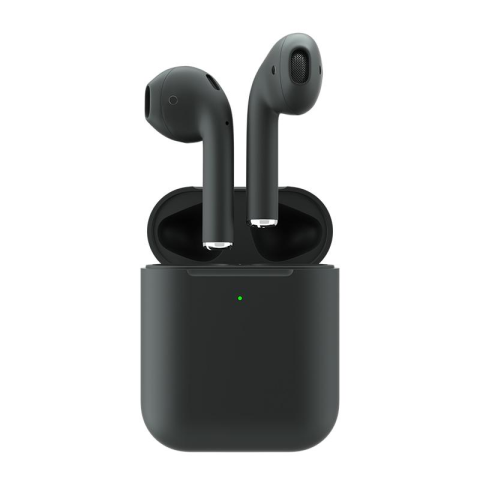 Review: Lectrify Blackpods 2
With Apple Airpods costing £137 (Available from John Lewis) some people might be looking for an alternative but at a cheaper price but do alternative airpod brands offer the same quality?  In this review, we are looking at the Blackpods 2 that currently costs $49.95  Like the originals from Apple these are also true wireless […]
Accessories - Stephen Watson